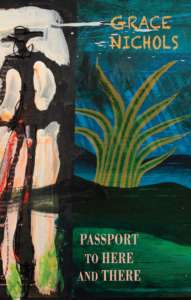 Grace Nichols is a major female voice and a widely read Anglophone poet from the already illustrious Caribbean and Bloodaxe Books (An independent poetry press based in the UK) has made her voice available to us for the past few decades. It is indeed a feast for the discerning reader of poetry as well as the cultural historian of the day to scrutinize every word entrenched in the  texture of her lived and imagined experience. This book gives every disciple of poetry its money’s worth; especially the later poems where this poet pays heart-felt tributes to greats such as Derek Walcott and the Guyanese poet Martin Carter.

This collection strikes me as a mature work of art of an accomplished poet whose works are permeated with a vision for decolonization, an earnest effort at reclaiming black history and tributes to major poets who have departed in the last few years. I flip through the first few pages with the memory of my reading some of her well-known poems and having been struck by the distinct yet evocative quality that one would ascribe to them.

The title of her first collection of poetry I is a Long-Memoried Woman (1983) did resonate with me since the recent removal of statues and other artifacts that were perceived to be racist or having catalyzed slave-trade was being demolished in an act that can be termed the “Wrath of History”.

Those of us aware of this quest against “erasure by the time” will find each of her poems falling into place as if in a big jigsaw puzzle.

In this collection, Ms. Nichols offers enough of a sumptuous jouissance for her fellow poets in the forms like “Lost in Translation” which could be workshop material for creative writing classes world-wide. This poem is laden with the fulfilment of a poet living a successful poet’s life (being invited to the Medellin Poetry Fest) and the resultant miscegenation of languages and cultures.

Some of her poems hint at the process of History, on the need to document our memories; “Sweet Fifteen” is one such poem.

Poems engaging with erased memories strike a chord with the part of me that who is in pursuit of my own history or wishes to engage in the art of history writing. These could be part of a common experience for the non-mainstream society the world over.

“Against the Tradewinds” is a poem that intrigues me to the core like the reverse-swing deliveries of many West Indian fast-bowlers from whom the rest of the world learned the art of deceiving the batsman.  This poem has an uncanny ability to weave together many aspects of being a woman, a black woman and a “heavy black girl” into an implicit texture in addition to the possibility of being emblematic of the sheer cultural stigma that writers of color as well as colored bodies need to negotiate in order to make their voices heard. This resounds, even more, when black poets constitute only 1% of the contemporary UK poetry scene. “Joy-riders” is another poem along in this vein that could be an allegory for the chimera that the emigrant dreams are eventually destined to be.

The final poem, “Atlantic” has a visceral and dreamy quality to it as these poems lead us along an arc of loss and inheritance, destinies altered irrevocably. This particular poem I find the most entrenched in the profoundness of historicity and the sea/ocean that may be ubiquitous for the Caribbean imagination that finds a looming presence.