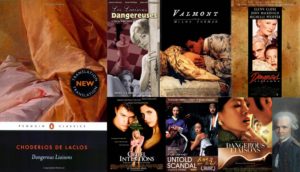 There is a deplorable opinion, rooted so deeply in modern readers’ tastes to become an untouchable myth. It states that epistolary novels – whose stories are told indirectly, through the characters’ letters, and not through their actions – are slow, lengthy and hopelessly outdated. In the WhatsApp age, when phantasmatic smartphone words have outclassed written texts, most people simply do not conceive that such an obsolete medium as the letter, with its high rate of reflection and reasoning, could sustain the development of a good plot – whereas ‘a good plot’ means a plot both engaging, quick, entertaining and, at the same time, poignant, meaningful, exemplary. Yet, just to quote an authoritative voice, Jane Austen firmly believed that ‘a person who can write a long letter with ease, cannot write ill’.

Austen’s idea seems to be shared also by film-makers, these modern narrators, whose productions can be blamed almost for everything except for slowness. It’s actually cinema that seems to continue the tradition of epistolary novels. Every time it takes inspiration from the best examples of the genre and presents them in always varied and up-to-date versions, these are often well received by audiences, and sometimes even by film critics. This is the case of the absolute masterpiece among epistolary novels, Les Liaisons Dangereuses (Dangerous Liaisons), first published in 1782 by the French author Pierre-Ambroise-François Choderlos de Laclos.

The novel recounts the secret plans devised by the Vicomte de Valmont and the Marquise de Merteuil, two noble libertines without moral restraints, who once were in love and are now allied in an immoral quest to seduce and corrupt two young lovers – Cécile de Volanges, who has just left the convent, and the Chevalier Danceny – and the austere, beautiful Président de Tourvel. The protagonists’ actions, apparently inspired by desire for revenge and pleasure, are actually grounded in their wicked craving for an absolute power, that is marked, in Merteuil’s case, by an almost proto-feminist will of self-assertiveness. In short, they are driven to achieve a total and uncontrolled domination on the other characters. Just when their victory appears complete, and evil has totally triumphed over innocence and virtue, suddenly things will go wrong and destiny will punish Merteuil and Valmont for their perversity. However, the edifying conclusion will not remove from the readers’ minds the devilish impression that runs through the whole novel and, should I say, pervades every single page of the book.

Apart from the short Editor’s Preface at the beginning, Les Liaisons Dangereuses is composed exclusively of the 175 letters written by the characters to each other. These give an account, even in the most disturbing details, of a burning and sometimes unhealthy matter. Therefore, in contrast to the harmful myth mentioned above, the epistolary form, in its best examples, can also be perfect for the narration of appalling events, particularly when, as in this text, it combines the refined style of the 18th century rhetoric with the most straightforward and piercing descriptions. Another reason – not certainly the least – for the excellence of the epistolary genre lies in its peculiar attitude of revealing the real nature of the characters through their own words. That’s why Les Liaisons Dangereuses is universally praised for its sharp and penetrating investigation of the perversity of the human soul. This also explains the strong attention the film industry has devoted to its protagonists, the cold and cruel Merteuil and the hot and cunning Valmont. These two characters are now regarded as paradigmatic models and their potential has been quickly recognized and developed by people in showbiz.

Starting from this point, I will now examine the screen adaptations of the novel produced in the last sixty years of cinema. Regardless of the chronological order, I shall begin with the two most recent productions coming from the Far East, which reveal the interest which Laclos’ book aroused even in that cultural environment: they are Untold Scandal (Joseon namnyeo sangyeoljisa) by Je-yong Lee (2003), who sets the story in the aristocratic milieu of 18th century Korea, and Dangerous Liaisons (Wi-heom-han gyan-gye) by Jin-ho Hur, screened in the 2012 Cannes Film Festival, whose plot unfolds in the Shanghai’s high society of the 30s.

In 1959 French director Roger Vadim released a version of Les Liaisons Dangereuses in which Merteuil and Valmont, played by Jeanne Moreau and Gérard Philipe are a wild married couple devising their wicked intrigue between a luxurious life in Paris and their winter vacations in Megève. Despite the presence of two prominent actors and the jazz musical score by Thelonious Monk and Art Blakey, the film, seen from a distance, seems outdated, with its catalogue of small perversions that hardly remind the viewer of the cynicism and the malice of the novel.

The original setting of the novel was brought in again in two films released almost simultaneously at the end of the 80s. They were Dangerous Liaisons by Stephen Frears (1988) and Valmont by Miloš Forman (1989). The unavoidable comparison between them leads me to prefer Frears’s work that, in my opinion, should be considered the best screen adaptation ever of Laclos’ novel. Forman intentionally reduces the general structure of the book, and chiefly concentrates on the representation of Valmont (played by Colin Firth), turning this character into a preposterous unfortunate hero, and therefore falling into the overused ‘The Man Who Couldn’t Love’ cliché. On the contrary Frears is far more respectful of the original text. His film maintains the ensemble form of the novel and gives the right space to all the characters, depicting the story as a cruel struggle between real love and passion, fought with the weapons of cynicism and hypocrisy. Moreover, the actors’ performance is amazing – Glenn Close and John Malkovich are Merteuil and Valmont, Uma Thurman and Keanu Reeves are Cécile and Danceny, and Michelle Pfeiffer portrays a moving and sorrowful Président de Tourvel. The two films are also to be recommended for their accurate historical setting. Even from this standpoint, Frears’ film is my favourite: if Valmont’s scenography and costume design are satisfactory but, in a way, rather conventional, in Dangerous Liaisons those features, even though a bit too loose, are gorgeous, a real feast for the eyes.

American director Roger Kumble’s stylistic choices in Cruel Intentions (1999) are unfaithful but, in their own way, interesting. The story is set in a contemporary WASP environment, with young people living in New York City uptown districts and attending exclusive East Coast colleges. The handsome Valmont and the irreproachable Merteuil are stepbrothers, apparently perfect but secretly inclined to all vices, including incest. Made on purpose, in order to tickle the teenagers’ bad instincts, too glossy and sly to be really good, this film is interesting, though, just because of its unusual setting. It was a good box-office hit and was soon followed by two other films of the same title that, being too far from the original text, are not worth mentioning.

Once again, the story of the different results obtained by Les Liaisons Dangereusesscreen adaptations demonstrates that good scripts are the real measure of film quality. In other words, film quality arises from the dialectic relationship, sometimes respectful and sometimes deceitful, that links the written text and its yield in the images. It’s a challenge that film-makers cannot always win but, when they succeed in doing it, their results are often memorable.

Translation by the author, edited by Sabrina Macchi