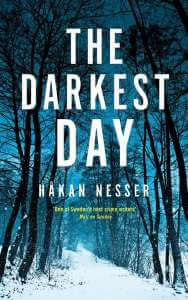 Few ingredients are required for a Scandinavian crime novel: cold, lots of snow, a mystery, a grouchy inspector and cracks in a society which is mistakenly considered a gem.
But for a good Scandinavian crime novel you need something more: a piercing eye, an acute brain and a quick and sharp pen. And Håkan Nesser stands out among a vast sea of Nordic crime writers.

It is Yuletide in Kymlinge, a fictional city in Nesser’s Sweden. Karl-Erik is celebrating his birthday, his recent retirement and the imminent prospect of a new life in Spain. It is also his daughter Ebba’s birthday, and all the Hermanssons gather for the celebrations at Karl-Erik and his wife Rosemarie’s house: Ebba, her husband and their two sons, Kristina, her husband and their child, and Robert, Ebba and Kristina’s brother.

But within the space of a few days, two of these people will disappear.
This is when this hefty thriller begins. And this is when the Swedish-Italian inspector Gunnar Barbarotti comes in to solve it.
And it is indeed a pleasant mystery, a difficult riddle, with good timing and perfectly dosed clues. But the real strength of the book lies elsewhere. It is rather in the way Nesser describes his characters, carving their personalities, their reflections, their small everyday acts, digging down into their intimate fiber to give us something really human.
Human and deeply sad. Here is where the supremely Scandinavian ability to extract turbidity from brightness comes into play.
Family, the real institution around which the social analysis of the novel pivots, is shown as a paralyzing phenomenon. Morbidity, hate, frustrations, and silences (but also words) full of repressed anger swirl within it.
The figures that stand out most are two apparently marginal characters but who are actually concrete, capable of sharp analysis, and almost consumed by their own humanity: Rosemarie, Karl-Erik’s wife, and Kristoffer, one of Ebba’s two sons.
Rosemarie’s inner being is perhaps the most striking in its coldness, in its silent ruthlessness, especially toward herself. She is aware of her ineptitude and weakness, and torments herself, hating both herself and the world. She pictures herself “in a dark underwater marathon, an original and in some way interesting vision of life”. A few lines describe a latent matrimonial crisis and a mid-life crisis, in parallel with her grandson Kristoffer, who is only apparently submissive, but who has a corrosive inner being. And the reflections of the two follow the same common path: Rosemarie, with all the regret and sadness of an old woman, Kristoffer with the freshness and naivety of adolescence.
The ample use of free indirect speech makes for rapid reading and, above all, it brings us closer to the characters, almost as if we were eavesdropping on their thoughts at the very moment of their genesis.
What strikes the reader most is the acuity of each character’s self-analysis; in a naively Socratic way we wonder why the characters act as they do if they are so self-aware. But, on second thoughts, is that not what we all do?
Essentially, Nesser shows us how the Scandinavians (and the Swedes, first and foremost) have definitely found the right key: complex characters, exposure of social injustice, and a compelling plot which usually comes after a slowly-paced beginning that then dramatically accelerates. A literary phenomenon, this, that so far gives no sign of exhaustion, and that almost always leaves us satisfied.
* * *
Håkan Nesser, born in Kumla, Sweden, in 1950, was a teacher of literature before devoting himself entirely to the writing of crime novels. Many of his novels have as solver-protagonist Commissioner Van Veeteren, while the other series, including The Darkest Day, introduces us to Inspector Gunnar Barbarotti.
In 2000 his novel Hour of the Wolf won the Glasnyckeln award, the prize given to the best Nordic crime writers.
Many of his books, which have been translated into many languages, have been made into films and in two of them Nesser himself makes a cameo appearance.