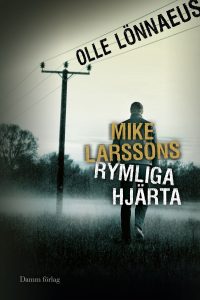 Tomelilla, Scania, the southernmost province of Sweden. Mike has just been released from prison and he wants to have his own redemption by taking care of his own son, Robin, who grew up with adoptive parents, that repeatedly abused him. This is the primary plot. To this primary plot, author adds a

Secondary one, which sees Amela as the main character: she is a Yugoslavian refugee, that nurtures vengeance desire against Boris, Mike’s boss.
In the background, we have Swedish freezing cold, alcohol, Robin’s neo-Nazi resurgence, domestic violence, the inability to restrain vile impulses, and, in a mirror image, the characters inability to make emerge noble feelings.
Emphasis is placed on completely absence of main positive figures. Parents, tutors, teachers, police officers they abuse of their own power, and completely failing in their own role, giving way to new, more stable, supports: sick ideals, treacherous friendships and bottles of vodka. Then explicit violence it becomes a natural consequence of the more subtle violence of that abandonment.
Under a veil of bourgeois respectability, the novel shows us a dangerous magmatic reality, that it seems to express in a community in a precarious balance. Lönnaeus shows us a place populated by ill-concealed disguised fears, by disorderly rebel shakes and overwhelming mental illness.
This sheet of ice that everything dims, in the novel it has been spoiled by a very accurate description of every single character. The fogging willingness of everyone own conscience (very often, if not always, with the classic remedy, alcohol), it’s Mike’s generation prerogative, while instead young Robin doesn’t need a self-induced anesthesia: in his own case the escape is an active force and not a reactive one (maybe because of his young age), and even in this situation author seized a ‘classic’ tool, like immersion in a frenzy group (specifically Nazi ideology) is, the identification in another society, which defines itself by negation, “I’m so because I hate who ain’t so”.
These are two expressions of that aforesaid magmatic and crazy reality, that descend from the same condition: a bubbling under the sheet of ice that would all equalize, or at least immobilize.
It’s definitely a very good thriller. After all, it is long time that Sweden get us used to crime novels with the purpose of elighten with unexpected flashes over the deepest nook and cranny of the ostensible Scandinavian tranquillity.
The primary feature of Nordic noir is precisely to investigate both man and environment: the characters become material, their psychology is brushed by pasty and energetic strokes, and soul movements become the real stars.
And Lönnaeus surely is not less in so. In fact, he proves himself more than up to his tutelary deities, who spread in Italy, but not only, last decade Swedish literary scenario.
As a crime novel in the most classic sense of the word, it starts apparently Mike Larssons rymliga hjärta sluggish, taking off in a final rush where author abruptly significantly change narration tense, shifting a thrilling present. But the calm of the first three quarters of the novel is perfectly functional to the construction of the characters, which slowly reveal to the reader their own contradictions, weaknesses and strenghts. Furthermore plot is well composed and it get along the end of the novel in a symphony made with parts that are perfectly tuned one each other.

Lönnaeus, born in 1957 in Värnamo, Småland, and grew up in Tomelilla (the same Tomelilla where the novel is set), after all is a journalist: as such, he has the ability to make compelling every little secondary story. As a novelist instead, he has the ability to create original twists. He does not even lack in lyricism: the fishing scene with Mike, Robin and Rolle is almost poetic. Levity perception, jokes, music and the successful fishing, they‘re just cinematographically preparing the excitement of Rolle’s recovery after his own fall in the water, which ends in a humorous shore towing of the poor, chubby man. It is almost a concluded and independent short, in its own absolute descriptive perfection.
Lönnaeus has also won the prize of the Swedish Crime Writers’ Academy for the best debut novel with his Det som ska sonas, placing at the forefront among noir fiction authors.
A passage from the book, used to describe one of Mike’s alcoholic trances, seems to be an evidence of Lönnaeus’ break in the wall built to separate the idyllic appearance from the most perverse instincts of the Swedish society: “A burst, like a gunshot, when the first crack opens right next to him, and suddenly the sheet of ice that just before it was so clear and clean, turns into a mosaic of thick fragments. They may break at any time, turning that white paradise into a burbling, seething, freezing hell.”
This is the main character’s inner world, ready to burst into the delirious dream; but the readers can overlap Mike, because they has finally begun to see the monsters released from the chains, and they “now feel strong vibrations from the bottom, perceive the tremendous force of the sea beneath their feet. It roars and howls while the first sheets of ice shatter”.