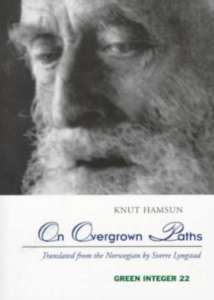 The disease against which Alessandro Lami battled with for a long time took him away on Sunday March 8th, 2015.
Alessandro had transmitted his love for research and knowledge to the many students he had got to know during his career as a scholar.
Yet, I have the oedipal presumption that the most important lectures, the most beautiful and sweet ones were those which he did not give as part of his job; on the contrary, they were those which arose spontaneously in our car trips to Pisa, or when we spoke hiding behind the books and the piano in the living room, or on the double bed that I conquered with difficulty only for a very short time.

In those brief moments which lasted almost twenty-nine years, Alessandro conveyed his vision of the world to me, and between a laconic raising of an eyebrow and an amused wink, he showed me an extreme complicity, that gratified me like nothing else. Never ever.
And these intimate and familiar lectures really have taught me something. I have learned that freedom of thought is the most important thing we have, I have learned to never give up a sacred pride, to respond with elegance even to those, especially to those, who do not deserve it. I have learnt that private life is politics.
Now it is with an enormous pain expressed in a way that only you would have understood, with a choked and composed anguish that often turns into a smile, that I bid you farewell, this time  forever.
Goodbye Alessandro.
Goodbye Professor.
Goodbye daddy,
your Nene

Despite being written in 1948, On Overgrown Paths does not tell us about the postwar period.
However, one can’t fail to notice that apparently it does: in these autobiographical pages the great Norwegian author tells about the last years of his life, the sad ending of a ninety year old man institutionalized in psychiatric hospitals. He was humiliated, insulted, and then sentenced to literally pay for his sins as a Nazi sympathizer.
Consequently, shouldn’t this be a diary closely and vividly linked to the postwar period. Maybe it is not.
It actually appears rather alienating (and this happens from the very first pages) as this book turns out to be a clear headed view on the adherence (however strongly contested) to pan-Germanic and romantically nationalistic ideals, surely representing a precursor of a hateful chapter of world history, but yet immersed in its time, free from the filter that we, winners’ grandchildren, apply to every aspect of those years.
Hamsun is not celebratory whatsoever, the shadow of Nazism and the figure of Hitler are simply not seen as exemplary of evil. This is today’s vision, and we cannot be accused of lacking in historical interest in evaluating this thought: we have to place it in history, in its context and its ideology, history is after all made by winners, and this War was won by those who also razed  Dresden and killed tens of thousand of civilians with the atomic bomb.
Hamsun’s gaze contains the fatalism of old age: he wants to show us without shame a point of view that belongs to young age. He is like a child who has been taken over by a complex, romantic, cruel, deeply prevaricating and inherently unfair ideology. An ideology which is still massively present in 2014 Europe, proving that if ‘Remembrance Days’ are void of a deep understanding and a historical investigation directed to the mind rather than instinct, they become ultimately limited,  unnecessary and also harmful.
Hamsun states he was not aware of Nazi tortures in Norway and of Jews persecutions on several occasions through the book. Although he may be lying, the fact remains that in other cases of ideological ‘intoxication’, barbarism has not been given too much relevance. Often no one cared about giving a balanced evaluation of the situation or took into account its unjustifiable ‘excesses’. Facts were also often easily ‘forgotten’. Historical experience shows that, without denying the barbarism of the Holocaust, all gunmen behave in the same way, that is not a unique Nazi prerogative.
That is why witnessing the trial of a Nazi sympathizer having his point of view, his narrating voice, lets us understand the roots of all universal forms of nazism, so that one does not justify the German one, but condemns them all.
Understanding the fascination with barbarism and exploring it, really means defeating it, because in spite of what Primo Levi claims, if understanding is impossible, knowing is not enough.
Moreover, from a stylistical point of view, the innermost core of this work rightfully belongs to 1945: small violences, minor torments that constantly wear the protagonist out, are the ones that hit harder. The nuns that bring him lunch carefully paying attention to spill soup and coffee all over his tray symbolize an understatement that has a strong expressive power: the small tortures, the tiny daily harassments, are even more tragic because they are low-key. This rethorical device, which is besides often used in literature and movies about Nazi persecution, possesses an incredible capability: the tiniest tragic moments gets maximum value because they shed light on a petty, almost useless cruelty.
Moreover, all this is told by Hamsun without the slightest self-pity, and that increases the cruelty of the gesture, and the old man’s miserable condition. It is a vaguely reminiscent of Don Pietro in Rome, open city (role beautifully played by Aldo Fabrizi) and the famous sentence ‘My glasses… nevermind’, referring to the moment in which German torturers violently push him in his cell, breaking his glasses.
Hamsun passively accepts any kind of treatment with indifference, probably due to his age, and it is rather enlightening to see how he wonders if what he suffers today will be investigated tomorrow: ‘I was an old man and I was deaf, but I was also fit as a fiddle when I was pulled away from my normal life and work and locked up. Someday, perhaps, the question will be raised as to the basis for the Attorney General’s arbitrary and unwise conduct toward me’. In these terms, history seems to be a cyclical repetition of more or less abominable tyrannies, in which the people involved at various levels of responsibility, will be called to respond, often arbitrarily.

Knut Hamsun was born in 1859 in a small village in central Norway; after a youth marked by hunger and poverty and devoted to literature, he gained worldwide fame with the publication of his semi-autobiographical novel Hunger and won Nobel Prize in 1920. His works are full of natural mysticism, anxiety and a palpable perpetual motion within the natural landscapes of Norway.
Being a great admirer of German culture, and a supporter of the Quisling government, Hamsun was accused of collaborating with the Norwegian Nazi-fascist party although  it has never been proven) and forced to pay a huge fine. He told the story of his trial in this autobiographical novel On overgrown paths.

English version by the author (edited by Sabrina Macchi)