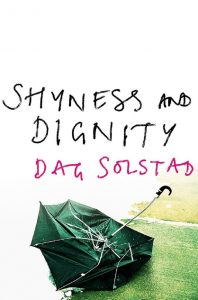 The day came when Elias Rukla came across something too universal to be compared to an intimate Proustian madeleine, and too socially active to be defined a Joycean epiphany. The fact was that something broke inside him: he, professor of Norwegian literature, was explaining The Wild Duck by Ibsen to his class, when he realised their disinterested numbness, as a mirror image of the society, and cracked.
Professor Rukla’s explosion leads him to recall his life for the first time, thus revealing himself to the reader.
He remembers his university years, the intense friendship with Johan Corneliussen and his secret love (mainly secret to himself) for his friend’s wife, Eva Linde.
His twenty years’ old friendship with Johan is total and devoted: Elias recalls the endless debates about the world, philosophy, Kant and Marx, silently witnessed also by the incredibly beautiful, Eve. When Johan then suddenly leaves for the United States, symbol of a sparkling capitalism, and tacitly leaves Elia as heir of his marriage and guardian of his daughter Camilla.
We understand now that it is a novel about disappointment, a disappointment played out on two levels: one strictly individual (the personal life of Elias Rukla) and one generational (the collapse of the ideals of Western society in the late twentieth century).
The explosion inside Elias, in fact, occurs for individual factors (a dormant love endured a life and never brought to a true accomplishment, not even with marriage, the inability to explain his friend’s departure the inability to find a mate, a fellow, someone to talk to about the young ideals that were never forgotten during his life), yet tightly woven to social factors, a last rebellion against the “gradually growing feeling of having been socially put out of play”.
In fact, we wonder if Elias’ existential expectations are not met by society or by himself, and we oscillate between the two poles, noting how his capacity of analysing society, the ideal and the rational thinking, may be associated with a profound inability to live: Elias, hidden away in his apartment ruminates on society drinking brandy while his wife, who does not love him, sleeps in the other room. What better way than this to describe a disappointing life?

Elias’ suffering is the world’s suffering: young people of his generation have become blinded by the lights of capitalism, or, in the case of Johan, who represents the myth of Marxist thought, decided to exploit the system to dazzle others .
To Elias, the debris of a world that no longer exists is the only thing that remains: he is trying to preserve its traces, to appreciate the tiny glow of a lost paradise that he believes to find in glances, in broken sentences, he tries with dignity to practice the noble profession of teaching, but he gives up, or rather, he explodes in a gesture without real condemnation that will be useless. It is said that “he felt that his brain was overheated, as if his brain was afflicted with a latent spiritual inflammation that might break out at any moment […] as though he were expecting an attack, as though he had a violent, liberating round of vomiting directly ahead of him, in the immediate future, a round that never came”.
It is interesting to note that the professor has his resurgence as he speaks of the character of Dr. Relling, whose role in Ibsen’s drama is to unmask human obligations and false mirages, as if in a sense Ibsen would unveil Elias’ eyes through his character. Elias in fact understands his personal lie thanks to him, and helplessly cries out for the last time, towards the emptiness that he sees before him.

Dag Solstad (born in Sandefjord, southern Norway, in 1941) manages to perfectly combine the critique of social democracy, interlacing it with an intimate melancholy: there is neither room for fight nor for debate anymore, it has been already seen and experienced. There is only an admission of defeat, young people want to finish quickly the lessons because they are bored, women (who knows why always them) eagerly wish luxuries they can not afford, even Marxists serve the system : socialism has failed.
Dag Solstad wrote many works (novels, stories and plays) which have been translated into twenty languages, and is considered one of the greatest Norwegian contemporary authors. It has also been honored with numerous awards, including the Norwegian Critics Prize for Literature three times, and the Nordic Council’s Literature Prize.