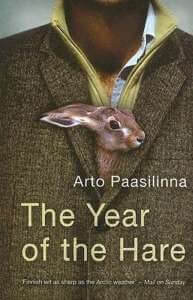 In this issue of the magazine Irene Lami introduces her column Northern Lights about Nordic literatures.
What we wish to present on these pages is a far and yet close world, a kind of literature we have by now learned to know through the so-called Scandinavian ‘social crime novels’: our intention is to show that literature from Northern Europe does not deal exhaustively with thrillers, on the contrary it fully covers many literary styles from historical novels, sagas, fairy tales, theatre to humorous fiction.
Nordic literature has the ability to connect the individual to the community, the particular to the universal, the temporary to the eternity.
Exotic landscapes, bitter climates, far lights (indeed Northern lights) go together with the subject matters addressed by great or less known Nordic authors, and arouse  readers’  interest.
Welcome and happy reading.

Paasilinna, born in 1942 in Kittilä, a small town in the north of Finland, in the region of Lapland, was a poet, a forester and a journalist, before devoting himself to write novels full time. He is one of Finland’s most famous authors abroad, his books have been translated into more than 40 languages. The year of the hare is his best-known book, included in the UNESCO collection of representative works of Finnish literature: two film versions were made based on it, one in 1977, directed by Finnish director Risto Jarva, and one in 2006 by the French Marc Rivière.