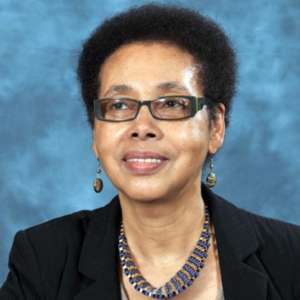 Grace Nichols was born in Guyana but has lived in Britain since 1977. Her first book of poems ‘I is a long-memoried Woman’ won the 1983 Commonwealth Poetry Prize. Other collections include, ‘The Fat Black Woman’s Poems’, ‘Sunris’ which won the Guyana Poetry Prize, ‘The Insomnia Poems’ and  ‘Picasso I Want My Face Back’ which resulted from her residency at the Tate Gallery London. She received a Cholmondeley Award for her work in 2001 and is among the poets studied on the GCSE syllabus. She has also written several collections for younger readers. Her latest adult collection, the ninth published and her fourth with Bloodaxe Books is ‘Passport to Here and There’. She is a fellow of The Royal Society of Literature.