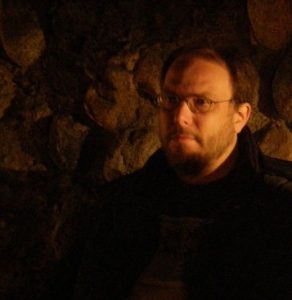 Author and screenwriter, he has been teaching Creative Writing since 1999.

He collaborated with the Publisher Tranchida from 2007 to 2009 as a teacher at Forrester School, as a member of the management board and as an editor of the editorial board, as well as an author of the on-line magazines “Gluck59” and “Teneke”.

He has worked as a writer of short stories with Mondadori and GVE publishers and publishes short stories, articles, reviews and poems with various on-line magazines.

He participated as a poet in the VII Annual Carovana dei Versi (Caravan of Verses) in 2012-2013, and some of his works will be published in 2013 in an anthology by the publishing house Abrigliasciolta of Varese.

He has taught courses on writing and screenwriting at the Egea Bookstore of Bocconi University in Milan, in various libraries in the district of Brescia and in some Swiss schools.

A film for which he wrote the screenplay has been optioned twice. He worked as a writer in an international production (“Haiti Voodoo”, 2011).

A long time ago he played in several bands and collaborated on several short films. He currently lives and works in Brescia.

Since 2002 he has been Chairman of Magnoliaitalia.