Home From the World Literatures from the world Kālidāsa 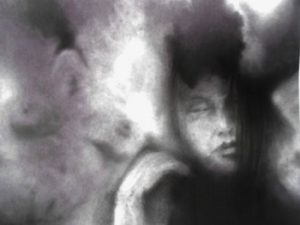 Kālidāsa, whose name literally means “servant of Kali” was a famous writer, generally regarded as the greatest poet and dramatist in the Sanskrit language.

Sanskrit is the liturgical language of Hinduism and the main literary language in Buddhism and Jainism, and has an important position in the Indo-European studies.

The corpus of Sanskrit literature includes a rich tradition of poetry and drama – as well as scientific and philosophical texts – and it’s widely used as a ceremonial language in Hindu religious rituals and Buddhist practice. The language called samskrta, “cultured language” has by definition always been a “sacred” language, used in the religious practice and learned in ancient India, as opposed to the languages spoken by the people, prakrta ( Prakrit ) – which means “natural, normal, ordinary” .
Its position in the cultures of ancient India was similar to that of Latin and Greek in Europe, and has significantly influenced the modern languages of the Indian subcontinent.
The pre-classical Sanskrit is known as Vedic Sanskrit, and it is the language of the Rig-Veda, whose oldest part dates back to 1500 BC.

The period of activity of Kālidāsa cannot be dated with precision, but it probably belongs to the fifth century A.D. His works are mainly based on the philosophy and the Hindu Puranas, the ancient Indian texts about the life of gods.
Scholars have made several assumptions about the places where he might have spent his life, based on the descriptions he had made in his works of several places.
In general, as for most of the classic Indian authors, little is known about the person of Kālidāsa. His poems suggest, though never explicitly stated, that he was a Brahmin (priest), therefore linked to the orthodox Hindu world. By his name, we assume that he was a Shaivite (follower of the god Shiva, whose wife was Kali ), although from time to time in his work he praises others deities .
An opinion accepted by many scholars is that Kālidāsa may be associated with Chandra Gupta II, who reigned from 380 to 413/15 or so, due to the nature of his writings and the cultural values he expressed, specific to a culture as sophisticated as the mainstream one during that time.
The tradition has associated various works to this author, but scholars have identified only six as surely ascribable to him, and a dubious additional one, Ritusamhara – The cycle of the seasons.
The works that are identified as his authentic dramas are Abhijananasakuntalam, Vikramorvashi, and Mālavikagnimitram; Raghuvamsa and Kumarasambhava the epics, and poem Meghaduta.
Mālavikagnimitram – Malavika and Agnimitra Agnimitra tells the story of a King, who falls for a girl, who is a Queen’s servant.

Abhijananasakuntalam – Recognition of Sakuntala, tells the story of a king who meets Dushyanta Sakuntala, the adopted daughter of a sage, and marries her. A mishap captures Dushyanta when he is recalled to court due to a curse. Dushyanta forgets her until he sees the ring he has left in her hands.
Recognition of Shakuntala is considered a masterpiece, and it was among the first Sanskrit works translated into English and then later in other languages.
Vikramorvasiyam – Urvasi regained with the value of being in love, is the story of the mortal King Pururavas and the heavenly nymph Urvashi. Only after a series of adventures, the two lovers are allowed to remain together on Earth. A legend as old as the Vedas tells the theme of the love of a mortal to a divine maiden.

Kālidāsa is also the author of two epic poems: Raghuvamsa – The dynasty of Raghu and Kumarasambhava – The Birth of Kumara, which describes the birth and youth of the goddess Parvati and her marriage with Shiva.
Kālidāsa also wrote Kavyas, a strophic poetry: with this genre we refer to the style of Sanskrit literature used by the poets in the courts of Indian kings, which appeared in the last centuries of the first millennium B.C. and flourished in the first half of the seventh century A.D. It is characterized by a careful use of language and an abundant use of literary figures, metaphors, similes and hyperboles. The end result are short operas, courtesans, narrative or dramatic epics.
Meghaduta – The cloud messenger, is the story of a man who tries to send a message to his lover through a cloud. Because of its metric and lyrical sweetness, it is one of the most famous poems, and several studies have been written on this work.

Many scholars have written commentaries on his works. Among the most studied are those of Mallinatha Suri, written in the fifteenth century, although the earliest surviving commentaries appear to be those of the Kashmiri scholar of the tenth century Vallabhadeva.
Amongst the hundreds of pre-modern Sanskrit commentaries on the works of Kālidāsa, only one part has been published in the contemporary era. From them it is evident that the poetry of Kālidāsa has been modified from the original version through centuries of manual copies, and probably also due to oral traditions parallel to the written ones.

Recognition of Shakuntala was one of the first works of Indian literature to be known in Europe. It was first translated into English and then in German, and was received with wonder and fascination by a group of eminent poets, including Goethe and Herder.
The work of Kālidāsa continued to inspire the artistic circles in Europe during the late nineteenth and early twentieth century, as can be shown also by the sculpture by Camille Claudel, Sakuntala.
Attempts to trace the poetic and intellectual development of Kālidāsa through his works are limited in the impersonal, which is characteristic of classical Sanskrit literature. His works are judged by the Indian tradition as realizations of the literary qualities of Sanskrit and of the culture that supports it, and Kālidāsa himself has become the archetype of the Sanskrit literary composition.
An improper comparison, but that can immediately make us understand the magnitude of Kālidāsa, is the comparison with this author to Shakespeare: a comparison perhaps that derives from a colonial perspective, but that shows the actual importance of this writer. In fact, the poetic richness of both, their imagination, their deep knowledge of human feelings and emotions, all of this well allows to understand the size of their contribution to the world literature.

In the field of drama, his work named Abhijananasakuntalam is quite famous, and it is usually considered as one of the best literary efforts of all time. Here Kālidāsa reworks the path of a love story in which the characters represent a pristine aristocratic ideal: the girl, sentimental and altruistic, and the King, himself a servant of the dharma (the set of religious and social laws and duties), protector of the social order, a hero torn by grief for his lost love. In his works we can find a  recognition of suffering as a purifying element of everyone’s life.
The stories are an opportunity for the poet to create stanzas metrically and grammatically perfect: the mastery of Kālidāsa of language in the Sanskrit poetry is incomparable. In all his works the beauty of nature is painted in an elegant, precise use of metaphors that would be difficult to match in any literature.
The lyric poem Meghaduta contains the message of love that a Yaksha, guardian of the treasures of the god of wealth Kubera, relies on a cloud for his distant beloved: mixed with a series of landscape portraits we find a poetic description of the mountains, rivers and forests of North India .
The society reflected in the work of Kālidāsa, is that of a stable court aristocracy in its own dignity and its own power. Kālidāsa has perhaps – more than any other writer – tried to combine the ancient Brahmanical religious tradition, the ritual value of Sanskrit, with the pressures of a new Hinduism. This combination, which embodies the cultural revival of the Gupta period, did not survive beyond his time. Under this empire there was a period of peace and prosperity that fostered cultural development: it is considered the “golden age” of Indian culture from an artistic, literary and scientific point of view; with the collapse of the Gupta era, Kālidāsa became a thing of perfection that neither Sanskrit nor India would know how to easily bring back to life.

There in the fane, a beauteous creature stands;The first best work of the Creator’s  hands;
Whose slender limbs inadequate bear
A full-orbed bosom, and a weight of care;
Whose teeth like pearls, whose lips like bimbas show,
And fawn-like eyes still tremble as they glow.
(…)
I view her now! Long weeping swells her eyes,
And those dear lips are dried by parching  sighs;
Sad on her hand her pallid cheek declines,
And half unseen through veiling tresses shines;
As when a darkling night the moon enshrouds,
A few faint rays break straggling through the clouds.

Sakuntala
or, The fatal ring: a drama; to which is added Meghaduta; or, The cloud messenger; The Bhagavad-gita; or, Sacred song.
Ed. with an introduction by T. Holme.
Published 1902 by Walter Scott Publishing Co. in London.