Home From the World The Stone Dave Lordan – The Impossible Paddy 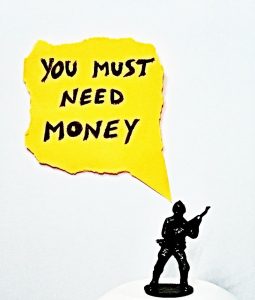 When, following the big win- the real biggie-
uncountable zeros after his name-
he stands his friends an endless reservoir of stout
and decrees every church
a twenty four hour shebeen

Then. Something mighty
cracks in the head of the Chieftain of Chiefs,

an unquenchable surging of rage through the blood

that cometary rage at being
not the only God

and off he goes to war against the world

New York falls to him
and then the whole of Scotland
then Bangkok, Bhutan, Yakutsk.

Final – his incredible one-man stampede,
two legs tied behind, routing
Skibbereen and Stalingrad, the Black and Tans, the Vietcong
and Mossad.
Every last man jack of ‘em.

Bored and still mad up for it,
he announces a gang resurrection
bringing back to the mainland of clay and despair
Georgie Best and Michael Collins,
Christy Ring and Elvis.

Whereupon he finally declares himself
the Permanent Champion Of Everything.

Then, to end and begin, outstretched,
he assumpts himself live onstage in Moonshine Stadium

Claire Loader – we said goodbye on a wednesday