Home From the World The Stone Dave Lordan 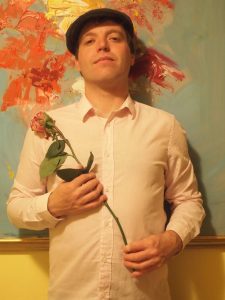 Among the radical voices of contemporary Irish writing Dave Lordan’s is, perhaps, the most recognisable. This is partly because of his media profile, particularly as a radio critic for a popular arts programme on the main national broadcaster, but also because his poetry is forthrightly critical and radically left-wing. He is a prominent figure in the spoken word circuit and teaches creative writing.

He was born in Derby, England, in 1975, and grew up in Clonakilty in West Cork. His work has won many prizes and bursaries including the Patrick Kavanagh Award and the Strong Award and he was shortlisted for the Irish Times poetry prize. His collections are The Boy in The Ring (Salmon Poetry, 2007) and Invitation to a Sacrifice (Salmon Poetry, 2010). Éigse Riada theatre company produced his first play, Jo Bangles, at the Mill Theatre, Dundrum in 2010.

Claire Loader – we said goodbye on a wednesday