‘I started to translate in seventy-three
in the schoolyard. For a bit of fun
to begin with – the occasional “fuck”
for the bite of another language’s smoke
at the back of my throat, its bitter chemicals.
Soon I was hooked on whole sentences
behind the shed, and lessons in Welsh
seemed very boring. I started on print,
Jeeves & Wooster, Dick Francis, James Bond,
in Welsh covers. That worked for a while
until Mam discovered Jean Plaidy inside
a Welsh concordance one Sunday night.
There were ructions: a language, she screamed,
should be for a lifetime. Too late for me.
Soon I was snorting Simenon
and Flaubert. Had to read much more
for any effect. One night I OD’d
after reading far too much Proust.
I came to, but it scared me. For a while
I went Welsh-only but it was bland
and my taste was changing. Before too long
I was back on translating, found that three
languages weren’t enough. The “ch”
in German was easy, Rilke a buzz…
For a language fetishist like me
sex is part of the problem. Umlauts make me sweat,
so I need a multilingual man
but they’re rare in West Wales and tend to be
married already. If only I’d kept
myself much purer, with simpler tastes,
the Welsh might be living…
Detective, you speak
Russian, I hear, and Japanese.
Could you whisper some softly?
I’m begging you. Please…’ 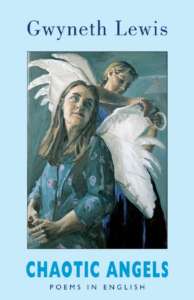