Home Reviews Look out for the book Michela Murgia – Accabadora 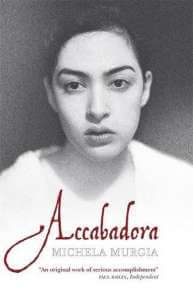 She is the last mother

She who completes. This is the meaning of the Sardinian word Accabadora, the woman who facilitates destiny in the last moments of life, when hope vanishes and only pain remains. From this starting point on euthanasia, the author speaks to us about universal love and about a mother’s love for her adopted, and much desired daughter, which is expressed mainly through sign language. A woman of few words who, in any case, communicates with the sur-gical precision of a scalpel. Maria fill’è anima (this is what the adopted daughter is called in Sardinian) is learning to live with this unusual mother who passes down her trade as a seam-stress and, above all, teaches her humility in accepting life and death with the same solemnity.

A community populated by strong women fills the background of the novel and they bear the burden of managing the objective reality of daily life in a just way. Whilst the male figures express themselves with difficulty and with that apparent crudity which bearly hides their inability to carry the burden of other people’s judgement.
This is a Sardinian story which is narrated with age-old civility, with a wisdom and an accu-racy in the use of language that reminds the continent that death is part of life and that it is foolish and cowardly to hide it. A universal message that originates from a little world where every gesture has a precise meaning and its own secret balance. An archaic system which has no written rules, made up of vetos and precepts; a community that behaves instinctively but where nothing is left to chance.
The rules of the big city are rather different where, despite the apparent order, Maria is going to experience caos and her soul, solitude.
This novel is full of poetry and every page claims its own precise position, just like in Maria’s spelling book where everything was neatly loated in its own place, and only one; a novel wo-ven with a language that is both unrefined and fascinating using that basic alphabet of a time when objects and their names were mysteries and not yet separated by the subtle violence of logical analysis.
A story that leaves no space for rhethoric. Memorable.