Home Reviews Look out for the book Aoibheann McCann – Marina 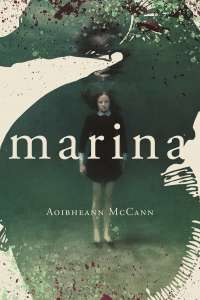 Marina enters the world experiencing a trauma: the trauma of separation from a submarine world, amniotic, full of peace and serenity. At first she finds relief to her unfortunate nature in a pet, then later in her quasi-cousin Jamie. Mona, her piano teacher, takes care of her and sees in her a rare talent, despite her difficulties of communication. Mona and her family appear more and more like the family that Marina is missing, or rather: she feels less attached to her own. The piano will become her main vice to get away from places and situations that are becoming increasingly claustrophobic and, despite the pain of her separation from Jamie, Marina moves to London to study music.

At College she meets Jules, a passionate violinist, an over the top ecologist, rebel squatter, akin to his friends and his mother. But the relationship with Jules, and with his mother, does not bring good fortune. It starts – rather it continues – her descent towards the awareness of her ‘not being fit’, or of ‘being the guilty one’.
Marina is the name of the protagonist, and not only symbolizes her current identity, but also that that of her deep origins, the abysses of pre-birth.

The most intense character is Jamie, the son of Marina’s piano teacher, a child who follows the dark oceanic nature of the protagonist; the only one similar in a world of shadow. Later appears Jules, her boyfriend, who becomes another cornerstone of the events.
Another character, semitransparent, but necessary, is Dr. O’Hara: the figure that allows us to follow the narration, because he is the psychiatrist who is treatingMarina, following a tragic event who shares with the doctor, herself, and to us the events that led her to that landing.

Marina is a narration of repeated betrayals: the birth itself is one, and the author narrates its torment. The death of her parents is not a betrayal in itself but incites the idea that they have been betrayed, through the absence of mourning. Jamie has been betrayed, Jules continually suspects a betrayal, and perhaps perpetrates it.

Throughout the novel there is a delusion – sometimes light, sometimes stronger – that takes on the aspect of religious fervor, rather than killing desire; an overwhelming sense of guilt triggers it every time, both in advance, and post. This delirium is accompanied by the all-encompassing desire to save: to be saved , but also to save the sea that is dying, suffocated by pollution; to save nature, but above all to save herself.

In Marina, the idea of ​​death is constant. Birth itself is a death to the perfect, marine, prenatal kingdom. The betrayal, which occurs in many shades and by different agents, is the death of trust and simplicity of existence (where in order to be happy, it is enough to “be”). The liberation from unhappiness passes through a violence not practiced, but lived in the sense of guilt, which in a way is a fair atonement.
After the intense events of a young and promising life, Marina tries to return,  to something. To her Ireland, to her story, to Jamie, to Jules. An extreme way of doing it, in the case of Jules, is to descend into delirium: this time  obsession with oil and the enormous damage that water pollution brings to the environment ‒ but without Jules.
In the end, Marina, in search of a reunion, of a return to the peace of the original oceans depths, makes a choice, finally aware of the devastating impact. She must save herself and her fellows, but mainly the two people she cares about most.

The first novel by the talented Irish writer Aoibheann McCann, Marina is a story of salvation who’sbackdrop is a gray and vague London, identified by anonymous and sad places, and an Ireland devoid, of joy and roots.

The prologue and epilogue of this heartbreaking, loving, and very attentive novel, closes a circle of events that take place in just over twenty years, outlining a short and intense reality, very personal and with a rare expressive power.