Home Reviews Look out for the book José Saramago – Blindness 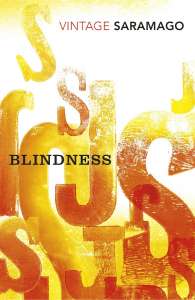 Suddenly, in a city with no name – which, just for this reason, may represent any place – a man goes blind. This first, unexpected event is followed in quick succession by many similar cases of blindness, to such an extent that an epidemic is suspected. How will the single individuals struck by the disease behave? And what will the reactions of the establishment and of the political authorities result in, when they are faced with this tragedy, apparently beyond their control?

Portuguese writer Saramago, one of the most widely read and translated authors in the world, takes us by the hand and leads us through the imperfections and sorrows of life, as if we were the sightless characters of his book. The author takes the story to the extremes, coldly pointing the magnifying glass of his art at the most deviant details, and amplifying the narration in order to explore the depths of human mind taken to the limit. In doing so, he creates a full range of mixed, sometimes conflicting feelings that at first rise and blend, and then separate again.

Therefore, the readers find themselves plunged into anguish and dismay: the anguish of those who, together with their sight, lose even their personal safety and independence; of those with no hope to see again; of those overwhelmed by a sense of delusion and anger against the “countermeasures” of the establishment – which, in turn, unveil its hostility and its weakness; of those sorely hurt in discovering the wildest selfishness instead of a mutual support in the people they love, who are suffering from the same disease; of those who try to overthrow this oppression, and see that their rebellion has turned into a sudden, insane urge of death; of those who experience disgust, pain, and passivity; of those who, after all, are still able to catch a glimmer of hope. As long as there is life there is hope, the saying goes. But this is not a truism. Not in this book, at least. Not in these pages, where a woman, just for love, pretends to be blind only to stay beside her sick man.

Saramago’s writing style is sweet and violent at the same time. His words are like pointed scalpels, and perhaps he uses them only to whisper, as Fabrizio De André used to sing, that “non esistono poteri buoni” (“There will never be a good establishment”).