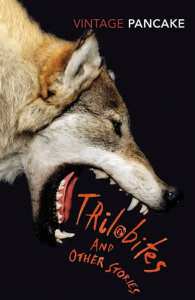 Names among the likes of Hemingway and Faulkner are mentioned in reference to this book, which presents Breece D’J Pancake’s twelve short stories. Tragically, Pancake committed suicide preventing him to write further, and his work caught the eye of connoisseurs such as Joyce Carol Oates, Tom Waits, Kurt Vonnegut and Giuseppe Culicchia, who spoke about him with much empathy.
At this point, speaking well of him could certainly be perceived as jumping on the bandwagon: everyone seemed to conform to pompous, hack intellectuals’ judgments, for fear of looking bad.
We live, after all, in an epoch of which honesty is considered an unforgivable flaw, or rather an abuse, and those who are assert it are being shut down with disapproving looks.
Given this, we are not stating that this book is rubbish, but that Pancake is no more than a promising amateur, able to portray fairly effectively the desolate scenario of America’s extreme, rural provinces. He tells about the squalor of wasted lives, the vanity of hollow, misplaced hopes, and the self-pity an existence with no perspectives generates.
His is a poetic, but what is most essential is the narration, in which ghostly and suspended lives are well lodged.

Lives without direction, evanescent as the unreality they feed on to survive. And those indefinite, erratic endings make it clear to which extent Pancake’s analytical lucidity prevented him to resist an existence of this sort, within him the very same nebula of despair which surrounds his characters, all doomed to misery. «There’s nothing here that can change any of you», declares Ottie, the protagonist of In the dry, without any doubts the collection’s best story. And later «There’s no life here».
The fact remains that Trilobites includes a series of mediocre short stories focused on depressing situations, which fails in its pursuit of becoming a masterpiece monothematic anthology, instead, the proof of an author whose artistic streak has already been exhausted. He had already said everything he had to say.
Apart from a couple of occasions, characters are pretty much the same, and the short stories’ corpus seem like a novel in which the fate of the protagonist is doomed any way, whatever the choice (sometimes there are other potential paths), because all the imaginable paths lead to the very same nihilistic nothing. Even the author’s poetic and rarefied language, which seduces you at first, gets boring by the end.

The anthology is saved by some gems: A Room Forever, The Salvation of Me, The Way It Has to Be and the above-mentioned In the Dry, a little masterpiece itself. But this is not enough to support all of the hagiographic judgments hypocritically spent for this young author, who died too soon to demonstrate his real authentic talent.