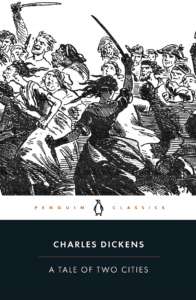 “Read Dickens, he is the master of us all”

I would define myself as Cartesio’s son: doubt lives within me.
I doubt that people’s actual skills are the ones on their resumes, I doubt that the Pope is faultless, I doubt that democracy is a real resource for humanity and – I admit with some shame – I have doubted Newton’s gravitational theory once. But I don’t have doubts about Charles Dickens: he was a genius.
While talking about the most prolific mathematician in history, the mathematician Simon de Laplace once said: “Read Euler, he is the master of us all”.
And if Euler cannot be ignored by a mathematician because he’s fundamental for every branch of science, so Dickens cannot be ignored by someone who wants to get close to reading and, most importantly, to writing.

A tale of two cities, even though it’s Dickens’ most read novel in the world, with more than two hundred copies sold, it is not his most famous work out of England.
It should be understood now that this is not  historical novel. Even though, it is set during the French Revolution and the whole story – moving from London to Paris – revolves around the revolutionary turmoil, they remain in the background of the narrative.

The characters are the real protagonists, not the Story itself.
Dickens is not interested in collecting entire books regarding the smallest events within the Revolution in order to catalogue and fit them into the story: he thrives on  his characters and this is exactly what makes him great in my opinion.
In a Tale of Two Cities, Dickens’ characters are – as always – true to themselves and are perfectly portrayed through their words and actions: it feels like the author is simply describing what he sees before him.

The key figure is Charles Darnay, a French aristocrat who expatriated to  England, yet he will have to return to Paris during the Revolution to save one of his most faithful servants.
Captured by some revolutionaries, he was set free by his father-in-law, an old man who had been imprisoned for years and is now a symbol of the Revolution.
However, with an incredible twist (one of the many in the novel), due to a new accusation devised by his father-in-law, when the two of them still didn’t know each other, will lead him to be imprisoned again and sentenced to death. But it does not end here…

A few other characters fill the picture and make the book a page-turner. At times even distressing due to the striking descriptions of the Reign of Terror that followed the capture of the Bastille.

Finally, it is impossible not to grasp an analogy with today’s world.
In fact, at the end of the book we read: “I see […] long ranks of the new oppressors who have risen on the destruction of the old”; or maybe this theme is not current at all, because there have always been oppressors and there will always be; and time -in a story that constantly repeats itself – means nothing.

Translation by Monica Frigerio, edited by Ana Ahmetsulaj and Anita Olivetti, supervised by Jenovia Amisti Smith
Ana Ahmetsulaj and Anita Olivetti are students of the Linguistic Sciences and Foreign Letters faculty at the Catholic University of the Sacred Heart in Brescia, Italy; they collaborate with Inkroci in the translation project coordinated by Professor Jenovia Amisti Smith.

Catherine Dunne – In the Beginning

Fabrizio Colonna – Love in the Time of Football