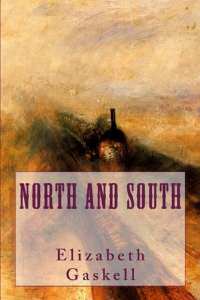 Heart has its reasons

A point of contact and a synthesis between opposites is not possible in the name of sense or interest, but only in the name of love. And it is fair to say that women are mistresses in matters of the heart.
North and South are not just geographical opposites, they represent two different lifestyles. In 19th century, the South of England was a region still bound to traditions and the importance of land ownership, unfamiliar with industrial development and class struggle. This is where the main character, Margaret Hale, came from: she followed  her father (a minister going through a deep personal crisis and lacking practical sense) to the North of England, where skies  were grey because of the factories’ smoke  and the “homo homini lupus” law ruled. In Milton the main character found a reality which was fascinating and repulsive at the same time, and yet allowed her to find her own place in spite of everything.
Her life became focussed on the ‘here and now’ rather than on the nostalgia of the past and London’s triviality: it was a life characterised by two categories of people, The first were the dodgy entrepreneurs such as the antagonist/lover John Thornton, who were rude  money grabbers, seeking profit at all costs. The others were the workers, looking for a better life who weren’t always united in their struggle and realistic in their claims: they were not able of doing something constructive, maybe because it was impossible to do it when competing for a job was a real struggle for poor people.
In such context, one can see Jane Austen’s typical style emerging girls of marrying age, rejected suitors; a plot where love is first refused and later accepted after a cathartic period of time.
The author sets the story in the 19th century, but its issues are relevant today (i.e. economic globalisation). There are no solutions, everything is tragically imperfect: only human sympathy, honesty, love and culture can bear long lasting fruits.
After lots of pain comes a happy ending. There is humour, but it is curbed by a strict sense of reality. This not escapist literature like Austen’s, but its style, realism and charm are certainly not inferior. She is an author worth getting to know: and her book is a pleasure to read.