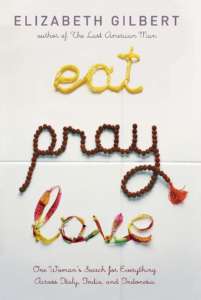 The thirty-four-year-old journalist from New York Liz Gilbert decides to travel for a year between Italy, India and Indonesia. This is her life adventure, one woman’s search for everything. But what is the reason behind such a tough choice for a brilliant, married and successful American woman? What does make Liz feel free to leave everything behind her in order to begin an unusual and lonely journey in three different parts of the world? What gives Liz the courage to fulfil her dream comes from an increasing self-awareness; despite apparently living in a fairy-tale, instead the main character realizes that she is experiencing a waking nightmare. After countless nights spent in tears, Liz finally understands that is time to change her life: she puts an end to her marriage, she proceeds into an endless divorce and a then a new relationship that, unfortunately, does not end well. After all these life experiences Liz finally leaves for her journey, whose first stop is Italy. In Rome she discovers the pleasures of Italian cuisine and the joy of plunging herself into a completely different, new and enriching culture. The second destination of this journey is ten thousands miles away and it is India. Ironically, it is in one of the most populous states of the planet that Liz learns how to detach from the surroundings, to patiently get in contact and listen to the most important person of her life, which is none other than herself. The keyword of this experience is “spirituality”, indeed. In the end, the third place visited is Indonesia. Once again Liz meets new friends, she learns valuable life lessons, finally learning how to open her heart again and to love, despite lots of initial hesitancy and doubts. Twelve months rapidly pass by, although they may seem many more compared to all the things Liz learned around the world. It is hard to forget the scents, the colours, the tastes, the places and the people; even though, most of all it is definitely impossible to forget herself, the imperfectly authentic Liz Gilbert.

Elizabeth Gilbert is the main character and author of the novel; she is certainly not a woman of few words as it is pretty clear from her story. The need to express feelings and emotions, in fact, not only is referred to the orality, but also to the written words. Being a good journalist and writer, Gilbert is capable of putting “one woman’s search for everything” across three continents down in writing. Her flowing, light and ironic, sometimes caustic, writing makes the reader smile, provoking empathy. This novel is part of the Travel Literature, as it let us move between New York, Rome, India and Thailand, although the best place to visit, through the pages of the book, is Liz’s inner world. Without question, a vital environment that can enrich us too.