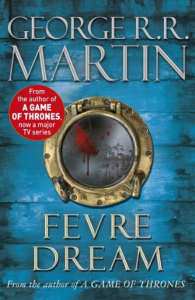 Louisiana, 1857. Abner Marsh, a renowned steamboat captain educated on the Mississippi river, founds himself beggared because of a series of unfortunate events, which have reduced his fleet to a single, miserable old wood, not suitable for long river trips. His fate seems to change when Joshua York, a mysterious English gentleman, offers him a partnership to build the Fevre Dream, the fastest and most majestic steamer that ever crossed Mississippi: Marsh can be its captain, as long as he will never ask questions about York’s odd habits and he won’t refuse to obey his own orders, no matter how bizarre they may appear.
Marsh accepts the agreement, but he soon realizes that York is more than an original man: he goes out only at night, he doesn’t get old, he collects newspaper clippings about unresolved murders occurred along the river and he lets on board sinister-looking passengers.

In this novel Martin shows to perfectly master narrative means and be able to renovate, without betraying, the sources of 800’s novels, on which he draws to create gothic atmospheres: icy fog on the river, out of the way and abandoned docks, desert plantations, quietly legends told by saloon customers or by slaves who talk about cursed ships and ghostly crews; there are also references to Romantic poets like Shelley, and, above all, Byron, unfailing presence in every decent vampire tale.

Fevre Dream is a great adventure fiction, come from Twain’s masterpieces, and it resurrects Mississippi’s big epic before Civil War and then railway decreeded its own defeat: the reader is carried into a ferrymen world, ports of call, boat races, fugitive slaves and characters which are now part of dusty and forgotten stories.
Through Abner Marsh, Martin describes the end of an era. He is his most well-shaped character: corpulent, warty, bulky and vulgar, known along the river as much for his unpleasant physical appearance, as for his honesty and navigator’s capabilities.
Events will lead him to an inner maturity, forcing him to take unexpected decisions and to live in a way quite different from what he had imagined, making him a true hero, the kind that only literature still manages to evoke.
Joshua, instead, weaker and naïve, avoids the stereotype of the “American” literary vampire, to incarnate the one of the liberal idealist so dear to the stars-and-stripes imagery.

A title less known among those of Martin, but not to be missed for those who are looking for a compelling read, full of atmosphere and chills.