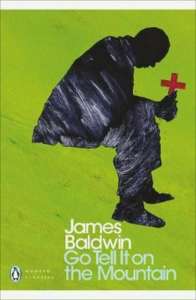 John is Reverend Grimes’ son, which is an upright preacher faithful until almost reaching fanaticism, inflexible until almost reaching sadism. Everyone expects the boy to follow in his father’s footsteps. However, growing up, John begins to ask himself about the values that Afro-American community is instilling in him, and, the desire to find out a faith which is his soul’s need of spreading, rather than a faith that is the result of the terror generated by his grouch parent; a faith that also gives him the strength to assert himself beyond prejudices and the blinded bigotry that smothers every genuine impetus of brotherhood and love.

Thus begins a psychological analysis of his relationship with his father and the others members of his family – the nonconformist uncle Florence, the mild Deborah, the riotous Roy, the vulnerable Elizabeth- which provides -James Baldwin- the opportunity to describe a lot of pages about American History marked by racism and social inequities; and to conduct a detailed examination of the role of the religious communities among Afro-Americans through the events of the family. The author doesn’t hide criticism of a system which takes misery, hunger, cruelty in term of divine value for granted. He makes- those who are supposed to be saints- appear not deprived of sin, with their moral lowness, meanness and weaknesses, that attempt to conceal from the same pulpit from which sentence others.

The narration of James Baldwin is direct, powerful; the plot is engaging, and the construction is solid, perfect to open a debate on civil rights, but also to involve the reader. Don’t miss it.