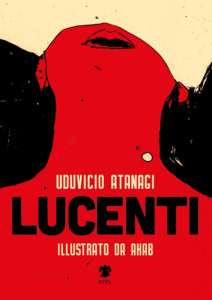 The ‘Lucenti’ short novel has been one of the most interesting discoveries in recent months: a concentration of creative energy that offers critical ideas without end. It should be said immediately, to avoid any misunderstanding, that it is not an easy read. However, Atanagi is not a vacuous experimentation for its own sake. The real material that the novel is composed of is what makes the work complex and represents an obstacle for the contemporary reader.

The plot is very simple: the transition from childhood to adulthood of a young man in a small town in the Italian province, it is inspired by Steven King’s theme, very dear to our local writer Niccolò Ammaniti, which examines the transition from childhood to adulthood of a young man in a small town in the Italian province. But the real novelty is the mythopoetic atmosphere in which the story takes place. Thanks to an expedient that recalls another work titled a‘Hundred years of solitude’ by Gabriel García Márquez, the author creates a true legend about the Lucenti family. Through the perspective of three members of the family, which soon become almost mythical beings, we perceive the existence of phenomena that go far beyond human understanding. Holding together two narrative levels so distant, that of the protagonists and that of the history of a family over the centuries in a handful of pages, is a challenge that Atanagi surpasses with the naturalness of brilliant and precise writing. References to H.P. Lovecraft are very nuanced, not easily appreciated by lazy and superficial readers. The decadent and obscure atmosphere that saturates the narration is like a thick fog, which slowly wraps itself in ever-closer spirals.
Many of these nuances are justified by the sense of materiality that Atanagi’s writing possesses. It was since Eraldo Baldini’s discovery that I haven’t been able to find someone capable of making me taste the cruelity, violence and brutality of nature in such a vivid and powerful way. Blood, in particular is the leitmotif of the whole book andalong with the land itself that creates the myths, the legends and drains the lives of its inhabitants. A very atypical horror, in its own way.

Nowadays, few Italian writers are able to make writing more expressive going beyond the use of some rethorical tricks. In this respect, Atanagi recalls José Saramago and his oral writing, a very difficult style both to dominate and to imitate, characterized by a continuous repetition of words, concepts and metaphors. He uses it with such mastery that he almost doubts his Italian character.

A big thank you definitely goes to Eris, a very powerful publishing house, and, within it, to the Stigma Project, composed of very original and innovative writers and cartoonists. One of them, Akab, is the designer of the priceless images that are scattered throughout the book and that are an expression of a style, Akab’s , which in turn is unknown to the typical Italian lines and reminiscent of the British cartoon master Dave McKean.

Elena Sofia Rizzi and Sofia Ronchis are students of the Linguistic Sciences and Foreign Letters faculty at the Catholic University of the Sacred Heart in Brescia, Italy; they collaborate with Inkroci in the translation project coordinated by Professor Jenovia Amisti Smith.