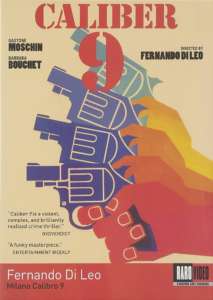 Fernando di Leo bequeaths his masterpieces to Italian cinema with the noir trilogy based on Giorgio Scerbanenco’s stories, where he takes his realistic poetics to its extreme consequences and tells by images the dark side of the society. The Milieu Trilogy has been both a huge box-office success and an important source of inspiration for Tarantino and the new authors of the American pulp cinema.

This review is drawn from the book “Fernando Di Leo and his noir and perverse cinema” by Gordiano Lupi (published by Profondo Rosso) http://www.infol.it/lupi/Pubblicazioni_Di_Leo.htm

Barbara Ungar
Some years ago, when I had braces and headgear, I’d pull my hair through the openings in the cap contraption so as not to flatten the curls. Hence...