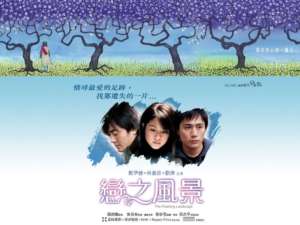 The young Maan is tormented by the death of her boyfriend Sam, a young painter who died after the relapse of a serious hereditary disease. He travels from Hong Kong to Qingdao, China, with his ashes in a bag where Sam spent his childhood years, looking for a landscape painted by the boy just before he died. There she makes friends with Lie, a young, clumsy man who works as a postman but loves drawing for kids. He helps her find the place evoked by Sam in his memory.

The search is long and difficult, especially because it’s winter, a different season from the one depicted in the painting, and there’s plenty of time for Lie and Maan to fall in love. However, if the postman feels joyful about the feeling, trying to show off and multiply his efforts for the girl, she rejects the new love, preferring to remain faithful to Sam. In Spring, that long-sought landscape finally shows up, and on the very day of his return to Hong Kong, Maan can fulfil her dream of burying Sam’s ashes at the roots of the cherry trees. But here she will find Lie, who is about to leave for Beijing to present his drawings to a publisher. A glance and a smile will be enough to realise that a new life can begin.

China shows us the other face of its cultural splendour: that of poetry. The director Carol Lai Miu Suet, of Hong Kong origin, records this story about going through pain with a grace and candor that touches the heights of absolute lyricism. Central, to make the direction that the director wants the film to take explicit, is the element of the painting: Sam’s painting is tense, dramatic, with strong colours, almost an omen of her misfortunes and, when she knows her destiny, it will be a testimony of her own end; Lie’s one is subtle, delicate and soft, with veins of humorous intimism, in line with her clumsy and kind character.
In the middle, the beautiful face of Karena Lam, which gives an expressiveness of great depth to the young Maan, able to hold up without yielding moments of hope as well as those of despair, those of joy as well as those of sadness, and to pop on the screen with the strength of a glance, (in this sense, the essential scene is the one in which Lie and Maan “realise” they have feelings for each other, while the young man is fixing a light bulb in the hallway and occasionally looks down at Maan, who has put his shoes in order and looks at him with a determined yet at the same time lost look). 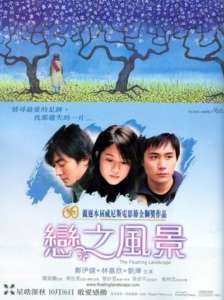 The director uses a minimalism that puts itself in contact with the purity of the matter and highlights it in no ordinary way.  The natural elements have an important role in this process: them being snowflakes suddenly falling from the sky, cherry-tree flowers blooming so as to reveal the concealed landscape, or the freezing cold which slows down the old neighbour of the hairdresser hosting Mana step by step: in all these cases it feels like being in a place that transpires any kind of cosmic harmony.  And that’s probably the reason why you don’t get to see any vehicles – although you are often able to hear them from far away; just bicycles (apart from the final scene in which the preparations for the coming back home signal, a tough break with the past – and it isn’t a coincidence), almost as if the intention was to remark the disrupting progress of such a Sphere in which you finally come to understand pure and noble sentiment.  After all, Maan and the old neighbour wife are alike: the former copies Sam’s words (left by him in a diary written over the last three years of his life in order to save the memory of him, as well as not to forget him all of a sudden) in a notebook; the latter copies a Buddhist poem on a huge papyrus by hand, claiming it helps her overcome her suffering.

The floating world of Qingdao is almost a dream in an East which is progressively getting accustomed to the Western rhythms.  It’s in such places where everyone of us, just like Maan, could find his ‘’own’’ landscape of the soul, where it will be possible to achieve the peace in our heart.  The director must be given credit for bringing out all of this with the same grace and lyricism that the people in her films evoke.