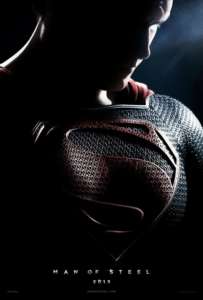 In a world without heroes, the “S” of Superman stands for “Hope” of not being alone in the Universe. One day the Saviour of the entire human race will come from above.

When the first issue of “Action Comics” came out in June 1938 and portrayed the character of “Superman” by Jerry Siegel (story) and Joe Shuster (drawings), inspired by the pulp tradition of their era (“The Shadow”, “Doc Savage”, “The Phantom”) or also real life “heroes” like Italian heavyweight Primo Carnera, they couldn’t know that their work, which remained unpublished for many years and then sold to National/Dc Comics (now Time-Warner Group), would become a pop classic.

An icon for an America soon to be involved in a world war against the Nazis. Joseph Goebbles, chief of Hitler’s propaganda, hated the “Jew” Superman. Fascism despised comics and called Superman “Cyclone”. Even comic master Frank Miller, in his magnum opus “The Dark Knight Returns” (1986), criticized Superman because for him he represents the long and powerful arm of the law and authority. Why does this “Son of the Stars”  cause so many divisions?! For human reasons like fear of the unknown, to always overcome nature and the idea of an “illegal” alien telling us what’s right and what’s wrong. The movie “Man of Steel” seems to stress the same points. After a prologue on his native planet Krypton before it explodes, where his father (Russel Crowe) places him as a new born in a space baby cradle set for Earth, we then see him as a young handsome man called Clark Kent (Henry Cavill) searching for his meaning of life on the American roads while working as a sailor or a bartender. A lot like Bruce Banner in the “Incredible Hulk” TV series, maybe he will not turn “mean and green” but he will crash your car if you get on his nerves. He has flashbacks as a lonesome kid in the fictional city in Kansas called SmallVille where his foster parents, the Kent’s (played by Kevin Kostner and Diane Lane), try to give him good advice and a piece of the American pie. Really hard work to raise your own son, nearly impossible to raise a spaceman who can throw a rock in the air and destroy a satellite (no scene of the Kent’s finding the baby in the space cradle, thus losing an emotional and iconic super moment). When a voice from an alien vessel calls him from  the Arctic the young Clark finds his costume and the memories of his father telling him of his true origin. Just in time for the arrival of survivors of the renegade warriors of Krypton who start to wreak havoc on us. Soon Earth and its inhabitants are witnesses and victims of the intergalactic warfare that destroys everything in its path, also tearing down the skyscrapers of Metropolis, the fictional megalopolis designed by Shuster  based on his beloved home town of Toronto. Thousands of victims (off screen) and billions in damages that maybe Superman would have tried to avoid in the comics. After the apocalypse, what remains is a flying alien who can destroy an army with his bare hands and with deadly rays coming from his eyes. So he decides to disguise himself as a Daily Planet journo with a pair of glasses, as if no one has ever seen him before. After destroying a military drone that was following him, in front of the National Guard he says “Do not worry. I was raised in Kansas.” That makes you sleep so much better at night. We hope that next he will find “Supergirl” because he will soon be bored with this “Lois Lame”. Even if he’s a “Man of Steel” we’re not sure he also has  “Balls of Iron” to continue the “Worst romance of the Year ™” in a hero movie – ever!

Warner Bros was so upset by the failure of “Superman Returns” (2006) that it cancelled the sequel and started to think of a reboot of the franchise without the name of the character in the title and the iconic theme by John Williams (the “S” appears only at the ending). In “Man of Steel” the name “Superman” is whispered a couple of times only as if it would bring bad luck to the sequels. And the movie causes divisions. For those who love superheroes and remember the last of the “Matrix Trilogy” where Neo wrestled with Agent Smith well, like Superman does, now have a lot to feel happy about. The last hour is a “no holes barred fight” so impressive and over the top that we seem to be watching more a “Transformer” movie by Michael Bay than one from the guy who made “300” and “Watchmen”. The story by Christopher Nolan and Davis S. Goyer gives the “Dark Knight Treatment ©” to Superman (no iconic elements, more alien invasion movies backdrop than comic book references, less to no love interest and full on intergalactic hero big fights) blending most elements from the legendary first two movies with Christopher Reeves and some from the “SmallVille” TV series. The show reigns, but in a throne full of thorns. No interesting romantic relationship (Lois is really lame) and incredibly little to no care to what happens in the background. It will be really hard for Superman to be popular again in Metropolis after such a high price in terms of human lives. The costume designers have finally left his underwear at home, but he still wears a big red cape. He should have gone to Edna Mode of “The Incredibles” (2004) by Brad Bird and the Pixar magic team – “No Capes!”