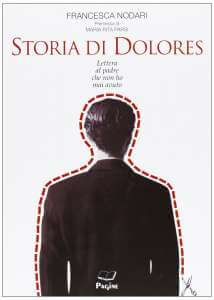 This is a story of the conflicts between the author and her father, with a small provincial town near Brescia – indifferent and false like no other – as its backdrop. It is not often that we have occasion to read such strained, bitter and violent events and to see hot-blooded, harsh and absolute conflicts described in such a way. With such a strong story as this, the writer could have produced a sharp, merciless, tough-as-nails and exemplary text. But instead she is carried away by an insane tendency to quote from other authors and thus inflates the text with philosophical reflexions that weaken its impact. She began well but then looses control of the subject and succeeds in disappointing the reader. In the end, we can hardly understand if what we have just finished is yet another difficult essay to read or a string of minor events of little importance, publicly displayed for the sole purpose of fuelling the small town’s endless gossipmongering.