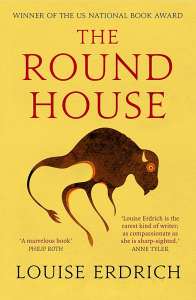 Summer 1988.  A terrible crime rocks the already difficult lives of an Indian reserve in North Dakota.
Joe, the thirteen year-old main character, begins an investigation because the victim of the aggression is his mother. During his inquiries, he discovers some unpredictable aspects in the lives of the people around him. This leads him to see them in a new and not always pleasant light.

The novel is set in a particular social contest:  an underdeveloped and violent Indian reserve where the character, however, comes from a relatively privileged background as his father is a judge and his mother, a lawyer.
Starting from the point of view of Joe and his three friends, the writer builds an original and dramatic novel in which the minor plots intertwine perfectly with the main one, painting a detailed and truthful scene of life in a small, narrow-minded and despairing community. The Round House is a detective story where the will to denounce the conditions of life of the natives on the reserve is not lacking; but above all it is a classic coming-of-age novel which effectively narrates both the dramatic and, at the same time, the poetic experience of growing up.

In order to highlight this aspect, the author sets her novel during the summer, a season that most of all symbolizes this passage and in which the rhythms imposed by everyday life are absent or diminished, allowing   the characters to dedicate time to themselves.

A recommended read for those who like an engaging novel which also provides some food for social and psychological thought.