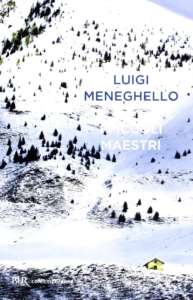 A Resistance that palpitates with humanity

Luigi Meneghello tells his own experience during the first years of the war of Liberation, when still those who fought it were not called Partisans. The central part of the novel focuses on the meeting of the author, a cultured man from a wealthy family who tries to examine the war from a philosophical point of view, with Castagna, the plebeian leader of the “rebels” that fascists call “bandits” with contempt: such a straightforward and realistic individual to seem cynical. Through their very difficult confrontation, the author sets the stage for a path of understanding and definition of the Resistance phenomenon, avoiding rhetoric, resentment and commonplaces.

The Little Teachers, while narrating real facts, pays a good attention to style and lyrical outbursts, and tells a Resistance far from celebratory and heroic monumental tones: a Resistance that, before turning into war action, becomes a political and civil awareness. Luigi Meneghello gives us characters of a palpitating humanity, with their fears, their doubts and their determination, while composing the complex, dramatic and at times moving fresco of a country torn apart by civil war. We get the impression of a profound, powerful reflection that unites the recognition of the great historical value of the Resistance with the awareness of the fragility of the human condition and of its being always, and in any case, at the mercy of chance.

The Maladense author shuns the cold tones of the chronicle of facts – now too well known – and, despite the anti-narrative style, manages to intereste the reader up to the last page.

A milestone in the Resistance narrative.