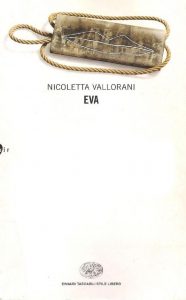 2033. In a Milan which is by now a ruin, aged in just a few years but unable to die, a series of ritual murders of important people persuades the incapable Investigation Department to get the forty-nine old Nigredo, a private detective who lives in the former San Vittore prison involved in the investigation. Nigredo has a past as a terrorist, and is haunted by the guilt for the death of a girl with Kirgisian eyes during his last attack. His obsession will bring him straight into the arms of Eva, a former Yugoslavia’s refugee running a centre for mentally retarded and malformed people, known as the monsters’ ghetto. The Balkan war, whose long-term consequences didn’t exhaust their effect, will determine the course of events. Like a reborn Colonel Kurtz in Apocalypse Now who survived the war, Nigredo will share his quest to find the truth with misfits like him.
“Eve” is an urban noir set in the near future where it is easy to recognize present society’s deviations: the investigation unveils the misery and profound contradictions of a completely spectacularized society. A novel of raw and ruthless extrapolation, written with thoughtful words prompting doubts and reflections from the reader. Nigredo is a very successful character, able to decode the reality out of interpretation schemes, bearer of a growing political awareness in a Milan which remains a distressing scenario, a violent city described with painful participation. A masterful novel capable of going beyond the narrative rules of the genre, sticking in our readers’ consciousness.

Ennio Flaiano – A Time to Kill