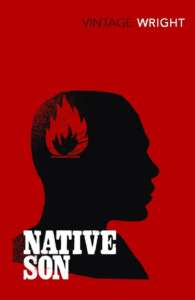 Bigger Thomas grew up in the black ghetto of Chicago where, even though he has good examples, he lives day to day on the dangerous thin ice that spreads the crime, of which he has a quite confused idea, from an honest living, that seems lacking in attractions for a black guy who is meant for being a low man on the totem pole.

Reluctantly, he takes a job as a driver offered by Mr. Dalton, a rich, white man, known for his charitable works for the African – American community and owner of the sleazy hovel where Bigger lives with his family. The meeting with Mr. Dalton’s daughter, Mary, will put a strain on Bigger, triggering a human and social tragedy that is at the heart of the plot of the book.

With an impeccable and dry prose, devoid of moralism, Richard Wright exposes a news story in order to underline that,, there is a deep racism at the base of the society, so rooted that condition all the aspects of the life in a country: there is no justification to Bigger’s behavior and the author makes this clear, but his human story shows that his undeniable guilt is not the only that deserves a charge.

Fear is the only feeling that animates the character of the book (a much more adept title than the original “Native son”, according to me), and that Richard Wright indicates ad the true glue of the American society in that period. Bigger is afraid because he is used to being the last of the last and he had to set aside his own dream and his own aspirations to build a life in which the purpose is not bothering white people. In fact, his mother, who was used to bowing her head and slurring her prayers, kept telling him “in so doing, they let you live in peace”. It is the fear of the different that animates the distrust of the community that feels safer knowing that black people are confined in the ghettos and that calls for death penalty each day, as the defense attorney and the prosecutors underline to reach different goals.

The power of this extraordinary book consists, however, in the fact that the author points his finger against institutional characters that traditionally are positive ones: for Wright the solution for the problem of the coexistence between black and white communities is not offered by the Church, that does not work for the improvement of the life condition of Afro – American people but simply promises them a Paradise that they can reach after death. It cannot also depend on the philanthropists, good for givingalms but opposed to a more effective commitment, because in their desire of doing good there is a strong dose of hypocrisy.

Native son is a book about racism, about its consequences in society, any kind of society, and despite its age, it has not lost its power of complaint and the capacity of upsetting the reader. It is still a text, which is terribly current , that I recommend not only to the aware readers but, above all, to the unaware ones.

Louis-Ferdinand Céline – The Life and Work of Semmelweis