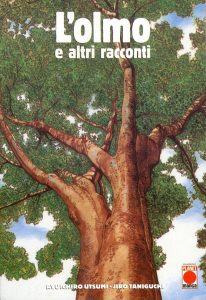 “I want to draw a manga using your works”

When Jiro Taniguchi told me that much I was startled for a second. Taniguchi HIMSELF. I was more than happy to say yes.”

And that’s how Keyaki no Ki was born. A collection of eight stories turned into a manga by Jiro Taniguchi. The common theme that bonds all the short stories together is love, given or denied, through meetings and partings. A love that shows itself despite being unexpressed, as it often happens when it comes to Japanese traditions.

Every page is filled with the typical Eastern gentleness, perfectly showed by Taniguchi, whose way of choosing the details gives the whole story that sort of melancholy that is a feature of his peculiar style.

Alexander Shurbanov
Everything I’ve written has its whereabouts in spacetime. Not a word is invented, not a sound. If one day a Schliemann rakes the dust of the ages, Troy the unconquerable will...

Ada Gobetti – Partisan Diary: A Woman’s Life in the Italian...