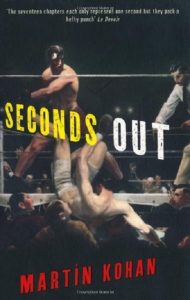 The story is punctuated by the endless seventeen-second suspension in a boxing match for the awarding of the world title. The sporting event, an orchestral tour and a mysterious death are re-enacted on the anniversary of a local newspaper in Tierra del Fuego: the three stories, seemingly unconnected, are woven together into a tensely paced and stringent thriller. The in-vestigation, reconstructed in the editorial office of the newspaper, winds through the beautiful seventeen chapters that lead to the resolution of the case. The style is fascinating and evoca-tive, as music flowing into a slow Argentine tango. A bold and articulate narrative pattern, with dialogues that portray characters better than any description.
Emotional tension from cover to cover.