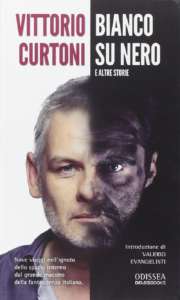 How can you die

White on black presents nine short stories of Vittorio Curtoni, a great master of Italian science fiction, preceded by a masterly introduction written by Valerio Evangelisti. The book is an unequal anthology, with strokes of genius and bombastic nonsense, where happily the former prevails. If the inclusion in this anthology of the short story The gay bomb (1982) and I bite first (2007) could have definitely been avoided, and if Sexual incident’(197…- 2011) is nothing more than an amusement end to itself, The man, the umbrella and other things (1967) and I see you (1999) are authentic bravura passages, and the three most recent short stories, It’s not that I don’t understand me (2008), Empathic Procedure (2010), and White on black (2011), are small memorable masterpieces, making the purchase of the entire collection absolutely worthwhile.

Born in Piacenza, the writer Vittorio Curtoni is never trivial. He knows how to produce stories between science fiction and current events, which leave their mark. Even the writer’s engraving style supports the story contents, which are never lacking. The short story giving the title to this anthology, a philosophical and spiritual testament of the author who passed away just a few months after this writing, gives the creeps, reminding us not that we all have to die, but how we all can die. Science fiction and fantasy are also this, when they are left to a writer who makes of his lucidity and lively intelligence the tools of his craft. Unforgettable.

Elizabeth Willis
A witch can charm milk from an ax handle. A witch bewitches a man's shoe. A witch sleeps naked. "Witch ointment" on the back will allow you...