Home Reviews Read by the Professional Augusto De Angelis – The Murdered Banker – Six Women and a... 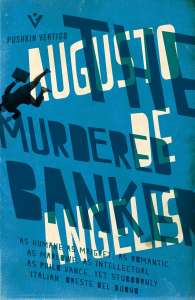 In The murdered banker, commissioner Carlo De Vincenzi, a careful investigator of human nature, must exonerate a friend from an overwhelming accusation of murder. In Six women and a book, he investigates the murder of Senator Ugno Magni, whose body is found in a small antique bookshop.

One could talk about the so called Milanese thrillers’ brand however, it has to be done within the context of the 2015 Milan Expo. The reissue of Augusto De Angelis’s thriller stories is a beautiful initiative at an affordable price, with beautiful covers. These novels are actually Milanese stories, set in an interesting era: the thirties, the years of fascism. According to my judgment based on twenty-five years of experience in the field, Augusto de Angelis remains, along with Giorgio Scerbanenco, one of the few true crime novelists in Italy and Milan, above all. Some may remember the Tv series with Paolo Stoppa, but there are many novels which are yet to be discovered.

The ability of De Angelis to exploit Italy (not just Milan) as a background for his stories is as admirable as the ability to avoid the censorship that would force him to feature foreign culprits and conspiracies. He was able to make those plots human, interesting and very lively.
A must read for those who do not know him, and a re-read for those who already do.