Home Reviews Those amazing records! Amy Winehouse – Back to Black 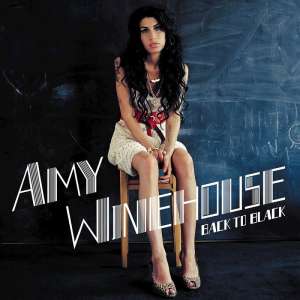 Listening to Back to black makes me enthusiastic. It is like an album by the Beatles. Each track becomes a massive hit, despite being a sophisticated composition. There is authentic life and pain in sweet and hopeless songs such as Love is a losing game, full of impudence and fragility as You know I’m no good. Amy Winehouse was not only the genius singer, but also the genuine author of the music and lyrics of her songs. An enormous talent. It is clear from the first album, Frank. The English Erykah Badu? The new Lily Allen? A  Lauryen Hill with less hip-hop and more jazz? At her debut, the comparisons with other modern singers are endless. But everyone is wrong: Amy Winehouse is Amy Winehouse.

In Back to black, the arrangements, sounds and musical instruments fit the bare song as if they were a perfect dress, for special occasions. Mark Ronson (record producer for Robbie Williams and Sean Paul, among others), in collaboration with Salaam Remi (The Fugees, Nas), are entrusted with the production, and you can hear it. You can also hear The Ronettes and The Shangri-Las. So, if we have to draw a comparison – because in music nothing is lost and nothing is created – we should mention these artists from the past.

Listening to Back to black makes me angry. It was not necessary for the star to have a statement vintage hairstyle on her head to make Rehab and Back to black the huge success they were. The beehive hair and the popularity of the character ended up being too heavy to bear for the young singer’s tiny shoulders. Day after day, her wrists and legs became smaller and smaller, her eccentric behaviour become the norm and the media did their share. Nevertheless, the singer carried on her staggering show, wrapped in a skimpy polka-dot dress, a raven black scaffolding on her head.

Sometimes, in this total imperfection there is room for unique beauty. Perfection is reduced to a task well executed, in comparison. Me and Mr. Jones is an awkward blues. Amy Winehouse moves within this marvellous crookedness, she leans on it twisting it even more, and creates new rhythms, simple and elaborate at the same time.

Her voice is an instrument, just like those which back her. There is no solo in Back to black because Amy Winehouse is the solo instrument. Far from showing mere technical virtuosity, she enriches every song. She walks the stave from the bottom to the top in the short Some unholy war; and she flies, light and delicate, in the sky of the choirs and horns harmonies in He can only hold her.

Listening to Back to black makes me sad. Winehouse sings about her business, but it becomes art through her music. She is foul-mouthed. The entire record is full of swear words. The lyrics are raw and have no filter. Addicted talks about her unhealthy relationship with weed, straight to the point. From Just friends, the singer’s deep sensibility emerges, but it is constantly kept under control with a reckless mix of alcohol and drugs, trying to direct and contain the emotional turmoil into an object that is easy to eliminate. To engulf. A sip of rum, a hit of a joint. As a line in Wake up alone says – run around just so I don’t have to think about thinking – what is important is avoiding the risk of thinking.

My sadness derives from the knowledge that I will never be able to listen to another of her new masterpieces, like Tears dry on their own. It is the song I prefer, powerful and poetic, orchestral and rock. We can turn to the remarkable covers and jewels of the Back to back’s deluxe edition, like The Zutons’ Valerie or Toots & The Maytals’ Monkey man, or the original demo of Love is a losing game. We can listen repeatedly to the albums Frank and Back to black. There is the posthumous record Lioness: hidden treasures too, which will probably be followed by some other commercial rediscoveries. But we will soon be faced with the evidence: Amy Winehouse and her music died at 27, having had enough time to leave us just a handful of songs.

Listening to Back to black makes me enthusiastic, angry and sad because it is a great record, because I would have listened to the next one (not posthumous!), and because this will never be possible.