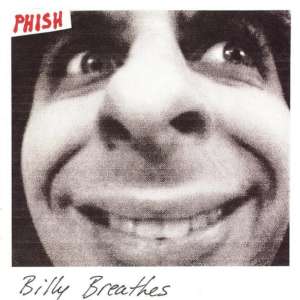 If we give credit to the aphorism of Martin Mull (for years erroneously attributed to Frank Zappa), then speaking, writing or reading out of a disc of Phish is the most stupid and useless activity we can get to do to better enjoy our free time.
In its more than thirty-year career, the band of Vermont has produced twelve studio albums. However, hardly will there be someone out there remembers a title, and even more difficult a relevant media that would enumerate Phish in its studied and sweaty playlist of the year ended / decade / century. For once, this would be right.
Taken it for granted, Phish have done, are doing and will always do are dispensable discs, without great singles, no musical revolutions hidden between the grooves, without artistic productions that dictate the styling of the time we live or will live in.
If discs are what you look for you can safely skip over: Pharrell Williams and Kanye West offer one a month for ever; but if you accept the challenge to hold in your hands the key of an experience, then stop on these lines and catapult in Burlington, Vermont, on the coast of a pond that, compared to the immensity of the Great Lakes seems a little more of a puddle.
The Phish are a jam band. If we are honest and exclude the pioneers and leading exponents of the genre (the Grateful Dead and the Allman Brothers Band), from the mid-nineties Phish are THE jam band, and the main door to enter their world is live.
So I knew them and so should everyone know them: blind, by chance, live!
Something that is not that simple though. From this side of the world, the band is missing for over fifteen years. If you want to collide with the “fish“, the most immediate way is from their masterpiece: Billy Breathes. BB is the Abbey Road of the Phish, a record of those who know that they do not have to prove anything to anyone and just put together a handful of good songs.
Free starts in a distorted way to tack almost immediately towards shores of an intelligent electric ballad: mastery and interplay roll and glide the score, from bar to bar, towards complexity and colours that are layered without ever being cloying (not surprisingly, Mister Steve Lillywhite is at the production counter).
Character Zero lives the first minute in a repartee between vocal and guitar licks and then explode into a majesty that smells of America in the most positive of the term. The instruments continue to demand attention in a seesaw in which ever steal the scene with one another, obtaining the result of growing the track on complex plots but at the same time perfectly integrated into song form.
Waste turns delicate on itself for a couple of minutes and then takes flight with a crescendo that explodes in the final chorus and in the following solos, an impossible mix of complexity and flavour.
The hearing continues with In Taste, a folk sauce prog jousted on a masterful rhythm, and Car Trucks Buses that starts stax to the bone and then degenerates into madness.
Billy Breathes has already won, even before the delicacy of Talk or masterful Theme from the bottom, a walk on the wild side of the clear side of life; it has already won even before the first arpeggio counterpointed with voice of Train Song or the ambient sound of Bliss, which introduces the final quartet of songs that slide into one another until the final farewell of Prince Caspian.
It has already won for the freedom, for the serenity of a free form that is never intrusive, for an absolute technique that does not stifle spontaneity and the feel.
Billy Breathes is a kaleidoscope without wanting to be psychedelia tout court, is a projection of musical colors that is symmetrical by the parties of the great electric jazz records, with the advantage of delivering a thirteen great gems of American music hearing.
Nothing but freedom.