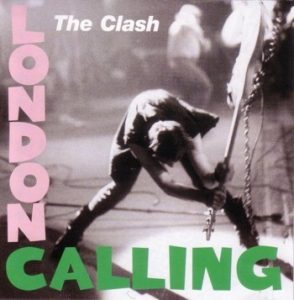 Every decade has its symbols, its icons, its landmarks and its music is no exception. The eighties were the years of Duran Duran, Spandau Ballet, Wham! and many other groups whose music, for better or for worse, represented the will to live, the joy of being alive and telling everyone that anything was possible and life was good.
With the nineties something changed and all the certainties and positivism that had characterized the previous decade had vanished, giving way to a new sound that came directly from Seattle: Grunge, with Kurt Cobain and his direct descendants and imitators.
There was Brit-Pop, Electronic Music, and Dance, and as the years passed, we have witnessed a return to origins. In fact, for some years now, it is not uncommon to hear talk again of Glam Rock, Epic Metal, Progressive Rock and, above all, Punk.
Punk: The Smiths, Sex Pistols, but especially the Clash.

If to some of you this name does not ring a bell, just know that Rolling Stone magazine, drawing up a ranking of immortal artists, listed the Clash in the thirtieth place. Not bad!
The Clash were Joe Strummer (vocals and guitar), Mick Jones (guitar and vocals), Paul Simonon (bass and vocals) and Nick Headon (drums).
Their beginnings were not at all easy: disastrous concerts, their first attempts at recording a demo ending up down the drain and generally deemed to be of poor quality and of little interest, a brief break playing support to the Sex Pistols (but even here the old story did not change); until 1976 when the Clash were able to sign a contract with CBS records for a hundred thousand pounds, which led to the release of their self-titled first album the following year. Six more followed, but the 1979 record made history and, even today, in the digital age, it is among the most downloaded albums on iTunes, Amazon and hundreds of other digital stores: London Calling, produced by Guy Stevens, known for his great talent in R&B, and recorded at Vanilla Studios, a converted garage.
The making of the album began around the beginning of 1979 and, for the first time, all the band members were involved in the writing and playing of the tracks, which was a source of pride for the leader Strummer, who declared: “For the first time we have finally begun to get to know each other”.
This album, compared to the ones that preceded it, stands out for its combination of various genres, ranging from Punk to classical, with a nod to American-style Rockabilly, Reggae, and even British Ska.
The band adopted the direct method of recording, meaning that the band came into the room and performed the song as if they were performing live. At the end of the recording session, the producer would choose what to keep and what should be recorded separately; drums and guitar were the only instruments that were kept from the start.
At the time of its release, the album was an immediate and resounding success, thanks also the marketing decision (wanted by the own band themselves) to release a double album for the price of one, and because of the cover, the work of photographer Pennie Smith, who had immortalized Paul Simonon during a concert at the Palladium in New York intent on smashing his bass on stage.
The image, in fact, was intended to be a tribute to Elvis Presley, with whom the Clash liked to compare themselves in the audacity of his musical choices and to indicate their connection to the roots of rock.
Politics is the dominant theme of the entire album: in Spanish Bombs, The Clash address the issue of the Spanish Civil War,  The Guns of Brixton (entirely written and sung by Paul Simonon), is dedicated to the clashes that occurred in London’s poor neighborhood inhabited mainly by immigrants, and Clampdown is an outright indictment of Nazi crimes and the capitalist system. In the same vein too are Koka Kola (whose title refers to its subject), and Rock Revolution, an out-and-out political manifesto of the band.
The whole album is pervaded by the need to identify with the condition of the young English working class: with their music the Clash invoke political awareness and demand deliverance of the new generations, denouncing the emptiness and suffering in which they are forced to live. In this respect they distance themselves from no-way-out nihilism of the Sex Pistols.
In the end, two million copies were sold worldwide. Rolling Stone named it the best album of the eighties, although it was released in 1979.
Twenty-five years after its release, a boxed edition was re-issued under the title London Calling 25th Anniversary Edition which, in addition to the songs, included a booklet and a video containing  secrets and background material related to the making of the album. A fitting celebration for a record that nowadays is still, and not infrequently, played by radio stations.

Ra Sh
All his mirrors were women. They displayed him with breasts and vaginas and flesh buds. Desperate, he approached a blue lake to see his male splendor. His cock-a-doodle-do his rippling muscles his...