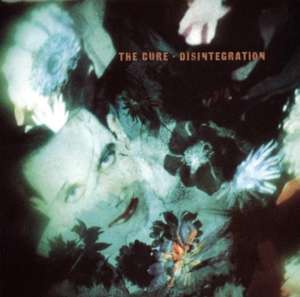 1989 is the year. As the decade of hedonism and reflux is going to end, the dreams of freedom seem about to be realized with the fall of the Berlin Wall while the forerunners of the new wave are growing bellies. The Cure, after some initial uncertainty, have finally managed to get a worldwide success, but for Robert Smith, the charismatic leader of the group and author of lyrics and music, this is not enough: he wants to sculpt the columns of the temple with a music masterpiece. He kicks out of the band the drummer Lol Tolhurst, by then on the threshold of the wildest alcoholism, and along with the remaining musicians he publishes Disintegration.

After the Japanese whispers dance, the psychedelic air in The top, the pop-style The head on the door and the heavy guitar riffs in Kiss me kiss me kiss me, listening to Plainsong, the song at the beginning of their new work, it’s like being back in the cradle where you wallowed as a child: an ethereal keyboard sound, patterns in minor chords, a voice coming from a cave full of gloomy melancholy, in short, the very essence of the Dark movement of which the Cure  have been the very beginners. “I think it’s dark and it looks like rain, You said, And the wind is blowing like it’s the end of the world,” sings Smith’s calm and morbid voice, bringing in a world where there is no reconciliation and thus anticipating the wounds of the years to come. Immediately after, the second soul of Cure’s sound pops up, Pictures of you, perfect pop song where love rhymes with pain.

It could even be enough, but of course it is not. The work continues with the highly imaginative ride of Disintegration, where Simon Gallup’s bass towers gigantically, followed by the perfect alchemy of Lovesong, a hymn to love in spite of everything (“However far away I will always love you (…) Whatever words I say I will always love you”), the essence of the soul, torn between dream and reality, and the grim Lullaby, dark anthem for text and core with a delightfully horrorific guitar.

Disintegration is a Robert Smith full of uncertainties, who became an icon for millions of young people in spite of himself, looking back and seeing the beautiful desert from which he came, and looking ahead to witness only broken bottles from a meaningless feast; looking inside himself and seeing nothingness. A man who decides to shout about this void, to make the entire universe, at least, be aware of the existential horror of a life devoid of anything.
This is a gravestone for the last decade, where young people have tried to tell the world their concern by inventing new sounds, but true, that could record it. And after that, the deluge.