Home Reviews Those amazing records! The Smiths – The Queen Is Dead 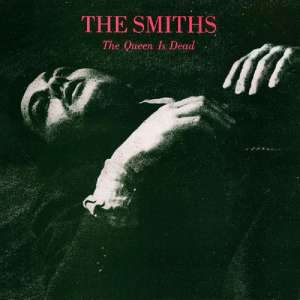 Continuing the journey in the world of British punk and alternative music, after talking about The Clash and Morrissey, it seemed right to take a step back and talk about the band from which it all started, and especially the Smiths’ third album The Queen Is Dead, which was listed by the prestigious Rolling Stone magazine among the 500 best albums of all times.

The album was released in 1986, but Johnny Marr, the band’s guitarist, had started writing while the band was touring Britain, promoting their previous album Meat is Murder. Marr elaborated some melodic cues during the soundchecks before the concerts, together with bass player Andy Rourke and drummer Mike Joyce. The leader, Morrissey, found the new melodies very interesting and immediately set to work on the lyrics. In July 1985, in a small studio in Manchester, the Smiths recorded The Boy with the Thorn in His Side, which immediately became the promotional single of the album.

In a television interview, Morrissey was asked what he was working on and he, candidly as is his style, replied that the new album dealt with the desecration of institutions, and, in particular, of the Royal Family, which he described as the most useless of all.

In fact, the title track The Queen is dead opens the album, a title borrowed from Hubert Selby’s novel Last Exit To Brooklyn (1964) musically based on a song that Johnny Marr had started writing as a teenager. In the lyrics, Morrissey throws his pungent invective against the Queen of England, defined by the singer “totally against every notion of democracy, as well as a mystery to many people”.

In Vicar In a Tutu the target will be the Church instead, in a spectacular musical compendium that re-enacts David Bowie and the Beatles in their most poetic versions. The love for Oscar Wilde, on the other hand, is sublimated at the gates of a cemetery (Cemetery Gates), declaring him an even superior author to John Keats and William Butler Yeats (not without another attack, this time to those who stole verses from others). The song describes a spiritual love for the English homosexual poet which in turn traces the androgynous side of the band leader and his difficult relationship with the opposite sex, so popular in the newspapers and mocked by some incredulous “colleagues” (“Don’t you believe it? If George Michael lived five minutes of my life, he would run to hang on to the first piece of rope”). The album, however, is not just provocation: even love and affections find a space, and in particular in the song Some Girls Are Bigger Than Others.

Initially, the title of the record should have been Margaret On The Guillotine, a clear reference to the then British Prime Minister Margaret Thatcher and the conservative policies of her government. The cover picture, depicting the French actor Alain Delon, was taken from a scene from the film L’insoumis (The rebel of Algiers), a noir from 1965.

A record from which to draw plenty of quotations, an album pushed to the maximum, even in the most intimate parts, perhaps almost in the knowledge that his career was coming to an end (I Know It’s Over, sings Morrissey, even if he refers to something else, in what is for some critics absolutely the best Smiths’ track). If I may point out, this record is a milestone, certainly not because I claim to interpret history after twenty years, but only because I like to try to tell it, for the mere pleasure of remembering an era in which there were records that sold millions of copies while retaining a high artistic value.