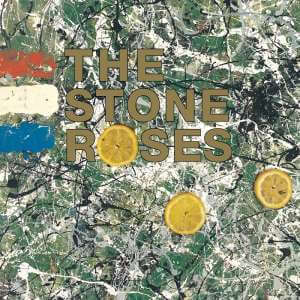 The Stone Roses kicked the door open for guitar music in the late ’80s […] They opened the door for us.
[Noel Gallagher]

There is a generation too young to live the Smiths during their career and too old to fly the Oasis flag, for which the Stone Roses have been and always will be the biggest British pop band from the late 80s onwards.

They were the forerunners of a Manchester which was shifting among New Order, Tony Wilson and the Hacienda and turned into MADchester, pumping beats and MDNA into Albion’s pop and rock scene., the, Roses are the clearest example of a musical miracle that became reality and collapsed in the short span of a few seasons. Looking back, we can actually say that the Stone Roses existed only between February 1989 and May 1990. Everything which appeared before that time was just a clue, or germinating seeds; and what came after were only cracks, debris more or less visible and more or less bulky. In those sixteen months Ian, John, Mani and Reni were an irresistible and explosive mix of funky grooves, pop melodies, 60s psychedelia, folk, wah wah guitars, Mancunian snobbery, doped northern soul and arty attitude. A mixture of influences from the past (60s melodies and 70s guitars) but they were also a mixture firmly rooted in the late 80s, which avoided the effect of the garage revival of that period, through a rhythm section that looked to the club scene and its straight drumming patterns for inspiration, as well as an image that avoided the cliches of the rock stars of that time. The Roses were at the same time children and fathers of the time they lived in and moved from the last remains of the mod culture, which in the mid-80s Manchester embraced the Scooter and Hooligans drifts, to arrive at the so-called Baggy culture which, along with the Happy Mondays and Inspiral Carpets, dictated fashion: t-shirt and baggy pants, sneakers and fisherman hats to hide their eyes. They were a musical and cultural revolution, something to sing about, dance to and wear.

Their first self-titled album is one of those rare works that are a screaming miracle, creating a before and an after, which is sufficient in itself to establish a career that becomes unreachable even to its authors. The initial I Wanna Be Adored only needs just two phrases repeated throughout its life to declare its intent and ensure the audience’s approval: I do not have to sell my soul / He’s already in me / I do not need to sell my soul / He’s already in me / I want to be adored. The same worship is inevitable in the next two songs She Bangs The Drums and Waterfall with their strength and enviable balance of liquid arpeggios, bass lines typical of wave and snare reverberated drums. As for any self-respecting classic album, halfway through the first side of it, the game has already been won; as far as the Stone Roses are concerned, the rest is all downhill. Whether we refer to the tapes being played backwards as opposed to Don’t Stop the calmer melodies of Bye Bye Badman and of Elizabeth My Dear, which opens the second side. (Song For My) Sugar Spun Sister and Made Of Stone are two other peaks of songs to sing out loud jumping and hugging one other, Shoot You Down, and This Is The One are pearls of pop guitar overshadowed only by the magnificence of the final I Am The Resurrection, 8 minutes and 12 seconds, which is the resurrection of the pop song form, of the guitar as a brush of melodies that follow themselves in circles, of improvisation as a kaleidoscopic moment in full rave style. The Stone Roses were the resurrection andwere not afraid to sing with an impudence so naive that it surpasses credibility.

1989 belonged to them. In autumn they released their most famous song of all time, Fools Gold only as a single, a hypnotic ravish Hendrix funky tune, and played a sold out 7.000 people gig at the Alexandra Palace in London. The band also decided to produce, in May 1990, their very own open air concert at Spike Island, on the estuary of the River Mersey, an island famous for its industrial and chemical buildings. The 27,000 tickets available were sold out and the event turned into the baggy Woodstock Generation, a snapshot of the high point of no return for a band and the whole generation of its fans. Mythologized in the collective youth of the time, the concert on Spike Island was actually a nightmare of bad organization and bad sound. It is the summit and at the same time the origin of the crack which would be the Roses’s decline. The future of the most brilliant English turned into a dark series of events, from contractual wrangling, endless recording sessions, boredom and a sense of having knocked the shit out of each other. A tunnel which would see a brief flash of light at the end of 1994, with the release of the Second Coming, before 1996, which marked the final end of the dream. Meanwhile MADchester turned into Manchester once again and pop became encoded in a less brave sound with considerable global impact: it was time for snob and squabbling brothers, it was time for cockney pop pride. It was time for Blur vs Oasis.