Home Reviews Those amazing records! Toto – Falling in Between 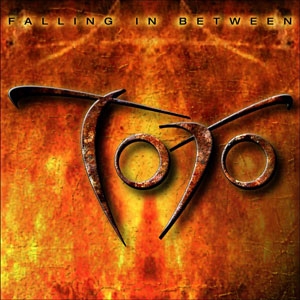 The album which marks the end of the career for Toto (but at the time of publication Steve Lukather had not yet decided to disband the group) is striking for the freshness and compositional originality of the new ensemble (featuring Greg grafting Phillinganes on keyboards and the return of Steve Porcaro). Many tracks sound progressive, not only in the arrangements, and at last the band seems far from business logic, allowing themselves a freedom not enjoyed for at least a couple of decades: their woman-named songs and the excess of slow tracks are replaced by a solid sound, an extraordinary compositional fertility and an alternation of singers (besides Bobby Kimball and Steve Lukather, the aforementioned Greg Phillinganes, the return of David Paich and the hosting of Joseph Williams). A change of direction that brings all the band members together to make this new effort, which sounds good from beginning to end, is balanced in all its parts and needs a repeated listening in order to understand all its nuances. The band creates music woven in a more sophisticated and beautiful way than usual, with effective melodies and choirs well distilled and masterfully designed, carefully avoiding to remain encased in a dubious type label and expressing with ease and no compromise their musical personality. Even the lyrics are less predictable than usual, showing a smooth writing between text and melody.

“Bottom of Your Soul”, the single is, as usual, a slow but, for once, not an ordinary song, with sounds vaguely highlighted by world percussions by Lenny Castro and Simon Phillips and the presence of Shankar (a longtime collaborator for Peter Gabriel). The only other slow track, “Simple Life”, which at first glance makes us fear the classical repetitiveness of Lukather’s compositions, ends before we can get bored. “Let it go” combines funky sounds to progressive rock, and a beautiful Lukather’s solo enlightens it, “Spiritual Man”, one of the most sophisticated and engaging gospels that I’ve ever heard, sees the presence of tenor sax Tom Scott, and “The Reeferman” is a little jazz gem that would deserve to be developed on a wider extension; it closes the album with a bang.

But the real highlights of the album are the long progressive songs, characterized by continuous changes in tempo, well managed by the brilliant drummer Simon Phillips, with well-designed choirs and memorable guitar solos, starting with the title track, down through “Dying on My Feet” and “King of the World”, and finding a climax in “Hooked”, a song characterized by the unique flute of Ian Anderson (Jethro Tull’s frontman), particularly suited to this kind of work. “Taint Your World” recalls the harsh sounds typical of the album “Mindfields” (1999), and “No End in Sight” combines the easy-listening AOR-oriented albums to a more mature sound and an extremely sophisticated arrangement.

Probably the transition from a major like Columbia/Sony to the independent label Frontiers has much helped the L.A. band, allowing them the smoothness of expression that only the lack of imposition from above can give. But the majesty of the band is certainly also due to the immense talent of each of its members, all experienced session musicians. “Falling In Between” is not only a technically flawless album and a milestone in the discography of Toto, but also one of the best rock albums of the new millennium.