Home The Magazine Editorial Cataldo Russo – Does the abuse of words destroy thought? 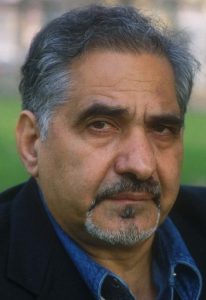 For ages, words have always had the power of creating worlds, universes, fashions, feelings and, at the same time, of destroying them. Words raise hope, open hearts wide, generate trust and optimism, but also bring about grudges and hate. As they get more inflated, uselessly refined, remote from contexts and uncomprehensible to most people, their misleading power becomes more evident and disastrous.

Nowdays, we talk, but most of the time, we feel as if we spoke in a desert full of salt. It is as if our voice had no echo.
In our times, as never before, there is a lack of proportion between the amount of words that are used and those which are really being listened to or simply heard. Too often we pour out streams of words and sentences under the illusion that we might succeed in conveying our thoughts or expressing our ego and we do not realize that the more we talk, the more we risk restraining communication and cutting ourselves off from other people, building an imaginary world of false answers and artificial relationships. Most of all, this happens with the internet*. Nowdays words are not like stones anymore.
On the contrary, most of the time, they have no weight and they seem to easily slip away like useless things.
Two centuries ago, Shopenhauer had already stated that “thoughts die as soon as words take shape”. The great Prussian philosopher had understood very well how the abuse of words could dry up thoughts to the point that it could kill it.
From my point of view, the current crisis is connected to two principal factors: firstly the loss of the habit of listening to other people, but also and mostly to ourselves; secondly the absence of a strong thought able to show one the way, the lack of routes to be followed up to the end, which has been replaced with showing small and dangerous shortcuts.
We can open windows and build bridges with words, but we can also erect walls and dig a bottomless pit to enlarge incomprehension, incommunicability and fear, especially of people that are different from us. I think that Pope Francis has expressed this idea very well: “Build bridges, not walls.” Nowdays, things that are happening are exactly the opposite. Instead of building bridges, people build walls that not only are they made of reinforced concrete and barbed wire, but also maily of prejudices and incomprehension.
We do not listen to people different from us, we demonize and annihilate them.
Nowdays, a dangerous war is going on, a war that is being fought with slogans , false myths and certainties. Political changes happen excessively quickly. People demand changes. But which ones? In which way? With what means and for what purpose? Nobody seems to be able to answer to these questions.
The modern man has no certainties, but he pursues those that he often finds in the unfolding of politicl and religious hatred. According to these conditions, it seems obvious that the evil seed of terrorism and of religious fanatism is bound to grow up because it relies on cetainties which are set forth in the Holy Scriptures that are used and newly interpreted according to one’s own will.
In the Greek and Roman world words were considered very important. Sophists set up real schools aiming at producing political speakers (orators), because they understood that a good speaker was worth as much as and even more than a brave soldier.
I happen very often to notice how words are used to hide the lack of thoughts or to silence others. Nowdays, medias are literally held by speech spreaders whose aim is not to make people understand a phenomenon, an event, a process, but to confuse minds and leave them as long as possible in ignorance and fear.
There are broadcasts in which false experts and all-round experts only keep on shouting, using epithets or slogans or suggesting recipes that have the taste of the same old soup. These broadcasts that, for weeks and months, present the same images, the same subjects where words are worn out to the point they become a pale shadow without neither shape nor strength.
Nowdays, it looks as if there is no time to process a rich and complete thought, one that triggers doubts and questions. Nowdays, the winner is the demagogue and not the cultivated person. Sunsequently, all this obviously has an influence on literature and art.
More and more often we are witnesses of works of art built following the same method used in preparing a cake.Works that are aimed at selling and not to overstep the current times. We should not be surprised to see that cooking recipes or biographies of sports personalitites, people in showbusiness, politicians and well-known personalities are the best sellers.
Charles Peguy said that “a word is not the same thing for a writer or another one. One extracts it from his bowels, the other takes it from the pocket of his overcoat”. I hope that Peguy was referring to the writer that struggles trying to give a shape to his characters and their environment and not to those that are used to build their novels theoretically with an expert use of dictionaries, books and interviews pinched here and there.

*A place of distortion or exhibition of the manipulated word and/or the illiterate one (that is, full of prejudices), in which the net beats the drum; being persuaded that the internet, nowdays, is a powerful means that cannot be renounced and is necessary for conveying beauty . Exactly for these reasons we think that it’s worth to establish certain distinctions.